Let this summer be offline for kids 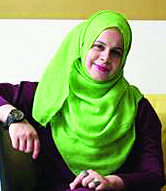 Get the kids to be engaged in non-electronic activities, like playing with toys to foster imagination and creativity, exploring outdoors and playing with other children

The schools have shut down for summers and the core issue which haunts all the parents is how to keep the kids away from gluing to their screens all the time?

After tiring weeks of exams kids have their right to chill but in the name of watching screens is not a worthwhile choice at all. Of course, the options are uncountable when it comes to hooking to devices but setting them free in the name of relaxation can be adding fuel to the fire of screen addiction.

Hot and humid weather outdoors also breaks the motivation of one and eventually one lands lying clumsily on the couch in the cool air-conditioning, doing nothing and watching OTT the entire day.

For the kids specifically, when they have no assigned tasks from school and no goals set for the day it is super easy to resort to online activities. As parents too we are burnt out from work at times and couldn’t figure out ways to engage them thereby we give up and let them be in their virtual worlds.

Dr Jennifer F Cross; attending paediatrician and a developmental and behavioural paediatrics expert at New York-Presbyterian Komansky Children’s Hospital says “If young children spend most of their time engaging with an iPad, smartphone, or the television, all of which are highly entertaining, it can be hard to get them engaged in non-electronic activities, such as playing with toys to foster imagination and creativity, exploring outdoors, and playing with other children to develop appropriate social skills.”

Thereupon it’s empirical that we set some ground rules for everyone in the house regarding online time. Following tips come in handy to practice:

 Don’t let them wake up late and start their day from breakfast with their devices. Nothing can be as bad as starting the day this way. Instead, let them take a shower and encourage them to indulge in indulging their hobbies. Nevertheless, involve them with you in simple household chores or even out grocery shopping.

 Next expecting our kids to give up on their devices when we are watching will only cause backlash. So, set clear timings when watching and that should imply all family members.

 Going on a vacation is a full-proof plan to get significant time offline for kids. If that is not possible, make sure that weekend activities revolve around swimming, camping, or hiking. Any activity that gets them closer to nature immensely helps with their overall development and productivity.

 Eating unhealthily is the major by-product of excessive watching that sets a negative loop going on and in turn makes kids lazy and lethargic. Decreasing or cancelling the screen time should be used as a punishment rather than permitting to watch as a reward. The former will bring impactful results.

 Last but not the least, when outdoors make a rule which says no devices allowed here so that their brains can unwire and they can cherish their presence in the real offline world.

The writer is a content creator and wellness adviser