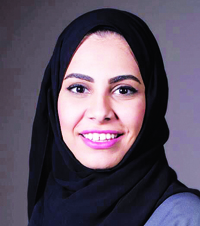 The Royal Opera House Muscat (ROHM) has been bringing the world’s best musical talents to Oman but Salalah is definitely not lagging behind when it comes to the music scene.

‘Vadyam 2019’ brought Oman and Indian performers into the state-of-the-art multi-purpose hall of the Sultan Qaboos Youth Complex for Culture and Entertainment mesmerising a packed audience of 2,000 people presenting fusion performances from both cultures which heightened the excitement of the audience.

Bated breaths, thunderous claps and roars of applause peppered the whole duration of the event proving once more that music breaks boundaries allowing the Arabs and Indians to enjoy the music despite the languages used.

“This was our team’s first fusion performance and I am happy that all our artists were nicely tuned and got huge applause from the audience. It was an occasion for us to experiment and learn from others,” said Saleh Makil al Seem, team leader of the Omani music group and Manager of the Bahgat Salalah Music and Dance group.

Organised by Sopanam Vidhyakalapeedom Salalah under the umbrella of Happy Concept, around 50 participants took part in different parts of the programme.

“This was first stage performance in which 42 students comprising of one woman, two girls students, 10 boys and 29 adults who learned the traditional percussion instrument of the Indian state of Kerala, called Chenda, took part. The group practised for one year under the guidance of Aravind Shekhara Varyar to get ready for the performance,” said event Show Director Unni Pattanakkadan.

The highlight of the event was flute performance by Rajesh Cherthala, a professional flautist who experiments with a variety of genres including Western, Carnatic and Hindustani. He was delighted to do fusion with the Omani artists and was happy to see their high levels.

“What I liked the most among them was their simplicity. They look very common but have huge potential. It did not take much time for me to tune with them for the fusion performance,” he said.

Rajesh is one of the top-ranking Indian flautists and an outstanding Western music instrumentalist. He is a well-known figure in the professional music industry. The programme was supported by artists from Kerala and Arabian Sound for audio and visual, which are important elements for conducting musical programmes. Excited over the success of the programme, Unni Pattanakkadan promised to bring many more programmes while emphasising on the fact that music and particularly traditional music needs to be preserved, “and this was an effort in that direction,” he said.