Responsibilities of a scientific researcher 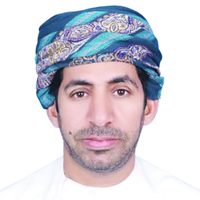 Given the importance of the subject and its significant impact on human life and development, I will attempt to shed light on all of these issues in this article.

Scientific researchers have the following responsibilities to the community: The researcher should be connected to society and understand its problems and needs in order to diagnose these problems, study them, and find appropriate solutions that contribute to the development of society. The researcher should be interested in involving all civil society institutions in research and granting them the right to benefit from the findings and solutions of scientific research and attempting to keep any damages to a bare minimum.

The scientific researcher's responsibilities in relation to the research study are as follows: Setting a deadline for completing the scientific study and demonstrating its significance and anticipated benefits. Reliance on organisation and objectivity in all stages of scientific research preparation, study, and writing, beginning with defining the problem and gathering information about it and progressing through all stages until scientific research is completed, and reaching accurate results proven and proven by evidence and evidence. All scientific procedures and standards are used with great precision. Ensuring scientific integrity, documenting references and sources in a scientific and academic manner, and adhering to accepted quotation limits.