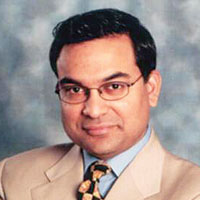 As the world’s most popular sport, football (soccer to Americans) is often a pillar of national identity and a source of collective pride. That is why the Fifa World Cup can trigger intense emotions in a way that no other sporting mega-event can. This year’s tournament in Qatar is no different.

The 1998 World Cup, which took place in France, is instructive. A 2012 study identified a significant decline in France’s suicide rate during the month-long tournament and a dramatic 19.9 per cent decrease in the days following the French team’s matches. France ultimately won that cup, but one’s team does not need to win to provoke an emotional response. And in Brazil, heart attacks spiked during the 1998, 2002, 2006, and 2010 World Cups, particularly on days when the Brazilian team played.

A fan of Brazil reacts while watching the live broadcast of the Qatar 2022 World Cup Group G football match between Brazil and Switzerland, at the Fifa Fan Fest in Copacabana beach, Rio de Janeiro, Brazil. - AFP

Similarly, several studies have found that international football tournaments can significantly affect markets. A 2016 study found that the Italian team’s performance has influenced domestic stock-market returns. National-level sporting victories, the authors concluded, can produce a sense of euphoria among investors. Losses, on the other hand, tend to depress investors, particularly non-institutional retail investors. Another study showed that losses tend to have a bigger negative impact on stock markets in countries with relatively more successful national teams, such as Spain and the United Kingdom. In countries with moderately successful teams, like Chile and Turkey, traders’ appetite for risk increased after a win.

Expectations may have something to do with this. It is possible, the latter study’s authors concluded, that losses had a greater effect on Spain and the UK because local football fans had grown accustomed to their national teams winning. In other words, the more you expect your team to lose, the more it will cheer you up when they win, and vice versa. Judging by their celebrations, Saudis were clearly cheered by their team’s stunning victory over Argentina.

Football can also have a positive effect on economic perceptions. A 2006 study, based on telephone surveys conducted the day after every match played by Germany’s national team during that year’s World Cup, found that the team’s better-than-expected performance boosted confidence among Germans. According to the authors, these findings confirm that psychological factors drive much economic activity. The primary proponent of this view was British economist John Maynard Keynes, who famously anticipated the market effect of mob behavior, noting that “it may often profit the wisest to anticipate mob psychology rather than the real trend of events, and to ape unreason.”

Keynes’s observation that savvy financial speculators could profit from market irrationality driven by mob psychology is supported by a 2010 study that examined the effect of the World Cup on the US stock market. While no one can predict the outcome of every football match, the authors identified a consistent trend that savvy investors could exploit: because a large proportion of investors in any given country hold US stocks, the negative effect on that market is more pronounced. The average US market return during the World Cup, they found, declined by 2.6 per cent, compared to an average 1.2 per cent increase in comparable periods. As the number of losing countries increases, the aggregate effect on the US stock market grows larger, resulting in a market slowdown.

Given this trend, shrewd investors may want to decrease their US equity exposure during the Fifa World Cup period. But if many investors adopt this strategy and reduce their exposure to US stocks simultaneously, a market decline could become a self-fulfilling prophecy. Another possibility is to short stocks just before the games start, but that would only aggravate price drops and may even precipitate earlier declines.

World-Cup-induced market irrationality is unlikely to disappear anytime soon. The reason is that football fans are infamously impervious to the indisputable fact that whatever teams you support, and no matter how successful they are, they will all inevitably lose in the long run.

But when your team does pull off the impossible, as Japan did when it defeated Germany and Saudi Arabia did when it beat Argentina in this year’s tournament, the subsequent euphoria makes all those previous decades of humiliation worth it. It is this hope for a miracle in the face of long odds that drives sports fans, investors, voters, and those planning to have children or getting engaged to be married. None of it is rational. But it is part of what makes life as beautiful as the “beautiful game.” @Project Syndicate, 2022