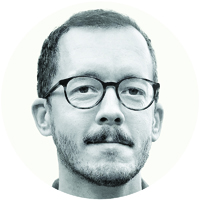 When Elon Musk bought Twitter last month, he made Twitter Blue, an existing subscription service, the backbone of his strategy to increase revenue. The subscription gives users access to some extra features for $8 per month, including a blue check mark that was previously reserved for notable people.

The plan had attracted about 140,000 users as of Nov. 15, according to data from Travis Brown, a software developer in Berlin who has studied extremism on Twitter.

But it also spurred spoof accounts, rattled advertisers and emboldened far-right influencers. Twitter has halted the program over issues with impersonation.

More than 300 accounts have been suspended after subscribing for Twitter Blue — many of them new accounts that signed up for Twitter after Musk announced his takeover plans — suggesting Twitter is still taking action against users that may violate its policies.

The far-right has also applauded Musk’s takeover, believing he will welcome back barred users and create a more permissive environment for ideas that had violated the company’s policies.

Thousands of subscribers either follow or are followed by far-right accounts, according to Brown’s data. The subscribers were connected to about 5,000 Twitter accounts that had been flagged by watchdogs and researchers for sharing far-right ideas, including a list by researchers at Cornell University that tracked Twitter users who pushed election fraud claims.

Some of those accounts, including Libs of TikTok and catturd2, two anonymous accounts popular among the far-right, appeared to revel in the attention that their check marks created.

Musk’s own actions have spurred Twitter registrations, such as when his offer to buy the site was accepted in late April and when the deal closed in late October. Those moments have resulted in many new Twitter Blue subscriptions, too. Twitter did not respond to requests for comment.

Expanding the check marks rattled advertisers after some verified parody accounts went viral, including a tweet from a spoof pharmaceutical account that claimed it would make insulin free. Some brands pulled their ads. Other spoof accounts were banned as Twitter sought to contain the damage.

Twitter Blue is one of several plans that Musk, who says advertising alone can’t sustain Twitter, has suggested to increase revenue — like paying a fee to send a direct message to celebrities. But to generate enough revenue from Twitter Blue to pay just the $1 billion in interest owed on Twitter’s debt each year, Musk would need to add about 10 million more paying customers. — The New York Times