Calling out hypocrisy amid a dazzling World Cup 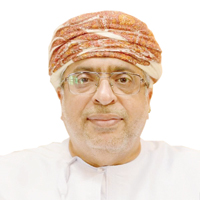 The State of Qatar has achieved its dream of organising the first World Cup 2022 since it has received the honour of hosting this tournament in this first Arab country through competition and perseverance 12 years ago.

In recent weeks however it has faced many malicious campaigns, especially with regard to the rights of expatriate workers who worked on the implementation of these huge sports projects that are unique showpieces in the sporting world.

This is what prompted the President of the International Federation of Football Association (FIFA), Gianni Infantino, a few days ago, to assert that Qatar organised the best version of the World Cup in the history of football, criticising Western countries and those that continue to criticise them to stop these campaigns.

During his speech at the press conference held in this regard, the Fifa official said that Qatar has developed many legislations that concern the protection of workers’ rights, and has become a model of tolerance and teamwork, criticising at the same time the problems and challenges that Europe has created for immigrants and migrant workers that force them to live in miserable conditions.

During his talk about the conditions of foreign workers in Qatar, the Fifa President focused on the issue of slogans raised by some countries of the world against Qatar, explaining that the moral lessons and slogans about betray hypocrisy and lies, and the conditions of workers in this country are much better than what immigrants suffer in Europe, while the standards of workers’ rights in Qatar are similar to those available in Europe, if not better.

The speech of the Fifa official also carried a rebuke of the Europeans. He called on them to apologise to the countries of the world, especially those that suffered racism, forced labour, unlawful deaths, destruction, occupation and control of their capabilities, resources and economic resources.

The Fifa President said he had also suffered from bullying and discrimination as the child of an immigrant worker of Italian origin who had travelled to Switzerland with his family. Such racial problems cannot be found in a country like Qatar, which has hosted millions of workers who have lived in a milieu characterised by tolerance and justice.

Qatar has been able to organise this tournament with efficiency and competence, and in an environment characterised by the Arab and Islamic identity, with the integration of Arab and international culture.

Qatar, as Shaikh Tamim bin Hamad al Thani noted in his opening speech, continues to make strenuous efforts to make this championship a success in the history of World Cups.

He expressed hope that the whole world will witness a dazzling football festival in Doha that lives up to the Fifa President’s description of the Qatar Championship as the best version of the World Cup in the history of football.