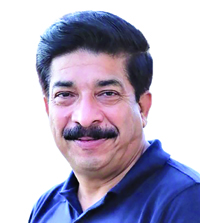 “Now, the hour has come for a new generation to lead the Democratic Caucus that I so deeply respect. I am grateful that so many are ready to and willing to shoulder this awesome responsibility,” tweeted Nancy Pelosi after seeing that Republicans have been able to finally win a razor thin majority in the House. So, she has eventually decided to vacate the chair of Speaker — not an easy moment for a person whose name had become synonymous with this position for almost two decades.

She will no longer be heading the Democratic caucus, and the new composition of the Democratic caucus has been announced, but she will continue to represent her California district in the lower chamber of Congress. She is perhaps one of the most well-known House Speaker in recent American political history. She is rightly compared with Sam Rayburn for her agility and influence in driving the momentum of Democrats in the working of the Congress.

Unlike most of her predecessors, who preferred to keep a low profile during their tenures and afterwards, Pelosi is an entirely different entity. Even after leaving the speakership and the House leadership of Democrats, she is expected to remain very active in the internal proceedings of the House as well as remain busy in the international arena to help President Biden. However, some of her close friends are expecting that she may tone down her political activities for some time because her husband Paul Pelosi is still recovering from his surgery and injuries.

Last month, in an unfortunate incidence, Paul Pelosi was attacked at their San Francisco home with a hammer by a fanatic who actually wanted to kidnap Nancy Pelosi and break her kneecaps. This incidence at the twilight of her career has shocked everyone.

Some Republicans tried to play down it jokingly with their sarcastic remarks, but the fact is that this small incidence has exposed the growing polarisation in American politics. A sense of alarm has grown after the attack on Paul Pelosi and analysts have started talking about looming dangers to democracy in America in the form of introduction of violence.

Some of her critics among Republicans allege that she tried to use the attack on her husband to win the sympathy votes for Democrats during the midterm polls — an allegation sternly denied by Pelosi. Indubitably, she has always been a very aggressive Democrat and, though she never participated in the debates on important legislation, but a lot of aggressive legislation was done during her speakership.

Some of the landmark legislations were done during her tenure. The overtly aggressive manner in which she was active to launch impeachment proceedings against former President Donald Trump was enough to incite severe disliking for her among the Republican circles.

During her tenure, the House impeached Trump twice, but both times he was acquitted by the Senate. She is certainly a contentious political figure that has affected the internal culture of the House. Her legacy will keep influencing the domestic political fabric of America for a long time.

She also had weak moments and committed mistakes, but she has carved herself very effectively as a symbol of extreme commitment towards democratic values and philosophy.