Skilling for future for a self-reliant India 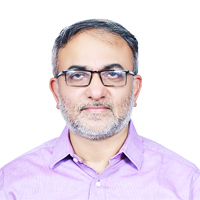 Skilling for the future is a challenge as well as an opportunity for a country like India, which has one of the youngest populations globally. With a population of 1.3 billion, the average age of the people in the country is 29.

The Economic Diplomacy Division of India's Ministry of External Affairs cited the United Nations Population Fund statement, which states India's demographic positioning as a "demographic dividend" and the "economic growth resulting from a shift in a population's age structure, mainly when the working-age population is larger than the number of dependents."

With a dedicated ministry to skill as many people as possible across the sectors, the country is on the move to equip people with new skills or strengthen the skills they are already having.

Ministry of Skill Development is working under a broader theme of a 'Self-Reliant India' or 'Atmanirbhar Bharat' that Prime Minister Narendra Modi mentions at all possible forums to strengthen the human resource and make the country a production hub.

The push for skill development is widespread, irrespective of the location or nature of the institute. It can happen anywhere, including the educational or healthcare sector and the public or private enterprises in urban and rural India.

The Skill India Mission aims at transforming "a large population of the youth into a worthy human resource group," a source in the Ministry of Skill Development said.

There is an ambitious target to achieve the goals – to skill from the current 5.4 per cent of the country's workforce to at least 15 per cent that too with global standards.

Keeping in mind global demand, emphasis is there on areas like gem and Jewellery designing, banking, tourism, real estate, construction, transportation, textile, and many others.

According to ministry sources, more than 5,000 skill hubs have been set up to promote skill development even at the school level.