CEOs are talking more about recession 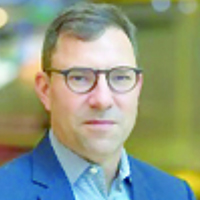 Despite a surprisingly resilient labor market, talk of an economic downturn is on the lips of corporate leaders.

James S Tisch, CEO of Loews, the hotel, insurance and industrial conglomerate, said on an earnings call with analysts last week that his “fearless forecast” was for recession, but not one that would be as “cataclysmic as ’08 or ’09.”

When asked by an analyst how a potential recession might affect sales at Starbucks, the coffee chain’s interim CEO, Howard Schultz, said, “We’re highly concerned and humbled by the environment.”

And William J Hornbuckle, CEO of MGM Resorts International, told analysts last week that he and his executives were “not blind,” and that they “remain keenly aware of the impact of inflation” and the potential that the economy was headed for a downturn.

Recession has been an increasingly hot topic, reports the DealBook newsletter. It’s customary for large public companies to hold conference calls with analysts after they report their earnings. Of the 409 companies listed on the S&P 500-stock index that have held analyst calls to discuss the most recent quarter, the R-word came up as a topic 165 times, according to Sentieo, a market data provider.

A year ago, “recession” was uttered on 42 earnings calls by S&P 500 firms for the third quarter. Discussions about a recession have been elevated throughout this year, with big year-over-year jumps in the first and second quarters as well.

Last week, Federal Reserve officials made a fourth supersize interest rate increase in an effort to tame inflation, heightening fears of an economic slump. The Fed chair, Jerome H Powell, said he thought there was still a window for a so-called soft landing, in which inflation dissipates but the economy does not fall into a recession.

“Has it narrowed? Yes,” Powell told reporters. “Is it still possible? Yes.”

Some economic indicators released last week seemed to back Powell’s view. Last quarter, the gross domestic product rose at a better-than-expected annual pace of 2.6%. On Friday, the government reported that employers added 261,000 jobs to their payrolls in October, which was also above expectations.

Nonetheless, CEOs on 88 third-quarter conference calls said that the Fed’s raising of interest rates to fight inflation was either a major factor slowing their business, or that they expected it to be, according to Sentieo. Last week, Steven Roth, real estate developer and CEO of Vornado Realty Trust, told analysts that because the Fed was “deadly serious” in fighting inflation, “the economy is clearly slowing.”

Internationally, recession is also a big topic. Of the 9,000 companies worldwide that Sentieo tracks, the topic of recession has come up on 2,122 of those companies’ conference calls in the past three months, up from 193 in the same period last year.

Earnings growth has slowed significantly. Profits are up just over 2% on average for S&P 500 companies that have reported this quarter, down from 6% growth a quarter ago, according to FactSet, which tracks corporate profits and other market data. Worse, analysts now expect that fourth-quarter profits for S&P 500 companies will be lower this year than they were a year ago. If that turns out to be the case, it will be the first profit drop across the 500 companies collectively since the start of the pandemic. — The New York Times

Stephen Gandel is a news editor for DealBook, joining The New York Times in 2021. He was previously a senior reporter for CBS News, and a columnist at Bloomberg.