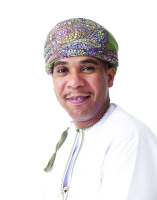 Who would you support? The navy built to systematically protect our territories? Or pirates who make their living from disrupting these systems?

We grew up with the entertaining cartoon image of one-eyed pirates and their crew of misfits and parrots, last but not the least being the popular movie series “Pirates of the Caribbean”.

The significance of these promising thought-leadership conversations with the public is that they share with us insights on what should we expect in these coming years and decades in terms of digital economy strategy, plans and execution.

Pirates of the 21st century

Strategy-wise, the visionary ministers mentioned that the current value of the venture capital world is around $600 billion of which our region’s share only $3 billion.

Therefore, I believe waiting for the traditional global economy system, that resembles a traditional navy, to allocate more economic value for the region will not happen unless the region unless becomes disruptively innovative, like good pirates of the 21st centuries.

This especially is significant for us given the fact that digital economy is forecast to create at least 3 million jobs within the next few years, of which our current talents are available to benefit from less than third of these lucrative job opportunities.

In 2020, seven nations built together an organisation the resembles a digital pirate ship with a plan to seek a fairer share of the world’s new economy. DCO founders, namely, Saudi Arabia, Sultanate of Oman, Nigeria, Pakistan, Jordan, Kuwait and Bahrain nobly aimed to “to promote social prosperity through more inclusive participation and growth across the digital economy”.

While this nascent organisation is struggling like any other international organisation with post-pandemic bureaucracy, modest diversity and inclusion, it still has the potential to contribute fostering the 300 thousand innovators our region needs to turn our common digital economy strategies into realities.

In our post-pandemic world, the more the public hears the world strategy, the more they become indifferent, unless it’s coupled with a road map to make tangible socio-economic impact on the ground.

Navies are like visions, they are excellent knowing where to go, and pirates are like effective talented experts in knowing what to do. This is the right time for our region to invest in moving forward with caution to unlock our digital economy treasures, because the global traditional multinational digital navies will treat our regional visions as ambitions of fierce pirates and competitors.