Why de-globalisation makes US inflation worse 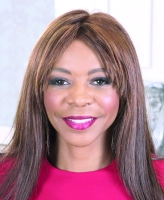 It is now widely accepted that de-globalisation, the retrenchment of global trade, unwinding of capital flows, new barriers to migration, and declining influence of multilateral institutions, is well underway. But policymakers have yet to acknowledge its contribution to global inflation. To rein in surging price growth, the Federal Reserve (Fed) and other central banks must adjust to the challenges of a rapidly de-globalising world.

Globalisation acted as a deflationary force by reducing labour and production costs. Likewise, the main features of de-globalisation, higher tariffs and other trade barriers, together with a shift from global to regional trade flows, are known drivers of inflation. It is no surprise, then, that core goods inflation in the United States has increased sharply, from less than 2 per cent at the start of 2021 to 6 per cent in mid-2022.

I recently argued that US inflation is headed for a decline because the American economy is uniquely equipped to mitigate the impact of surging prices. But deglobalisation will likely contribute to inflationary pressures by increasing companies’ operating costs, thereby keeping US inflation higher than the 1-2 per cent range recorded over most of the past decade and hovering near the Fed’s 2 per cent target rate.

For decades, US corporations have benefited tremendously from globalisation’s deflationary effects. Now, however, ongoing supply-chain constraints related to China’s strict zero-Covid policy and Russia’s war in Ukraine are expected to continue to raise the prices of food, fuel, and manufactured goods over the short and medium term.

More broadly, heightened geopolitical tensions threaten to make higher input costs a fixture of a de-globalising world. While the cross-border movement of goods, capital, and people characterised the globalised economy of the past three decades, the growing Sino-American rivalry could be a harbinger of an era marked by a widening ideological divide and a balkanised global economy. Barriers to migration would make it harder for US companies to attract top global talent and drive up labor costs.

As interest rates rise and supply chains remain vulnerable, US companies are favouring resilience over low production costs, leading to massive capital repatriation. According to the Yale School of Management’s tracker, more than 1,000 companies, many of them American, have voluntarily curtailed their Russian operations beyond what international sanctions require. In a de-globalising economy, more investment capital would flow back to the US, leading to a higher volume of dollars chasing US assets and putting more upward pressure on prices.

Finally, the notable absence of monetary-policy coordination, particularly among developed economies, may exacerbate global price increases. Unlike the coordinated monetary response to the 2008 global financial crisis, policymakers in the world’s major economies seem to believe that every country must fend for itself in the fight against today’s inflationary surge. While G-7 leaders have pledged to monitor global inflation, they have not announced measures to combat soaring prices in a coordinated manner. On the contrary, the one recent coordinated policy action G-7 countries undertook, sanctions against Russia, has arguably worsened inflationary pressures, by increasing supply-chain interruptions and spurring a spike in fuel prices.

The absence of global cooperation hurts many of the world’s most vulnerable countries the most. When major central banks hike interest rates, they export inflation to smaller countries. Aggressive monetary tightening in the US has already led the dollar to rise against the pound, breach parity with the euro, and reach a 20-year high against the yen, propelling higher import-led inflation in countries whose currencies have weakened.

Tackling inflation in the US and globally requires a coordinated multilateral response. At a minimum, such a response would benefit the US by reducing its long-term exposure to rising import costs. Conversely, diplomatic fragmentation, a defining characteristic of our current age of de-globalisation, increases the likelihood of tit-for-tat measures, which have led to the erection of multiple trade barriers in recent years, most notably between the US and China and between the United Kingdom and Europe.

Taken together, these trends herald a global environment that will continue to fuel higher US inflation, even if America is less vulnerable than other advanced economies. The Fed’s current efforts to stamp out inflation by hiking interest rates and shrinking its balance sheet will reduce demand and thus help curb price growth. But policymakers must also devise measures that mitigate the impact of today’s de-globalising world. Copyright: Project Syndicate, 2022.

Dambisa Moyo, an international economist, is the author of four New York Times bestselling books, including “Edge of Chaos: Why Democracy Is Failing to Deliver Economic Growth, and How to Fix It” (Basic Books, 2018).