The monsoon is becoming more extreme 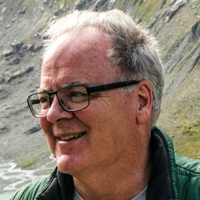 Like all of India’s tens of millions of small farmers whose lives depend on the annual monsoon, Bhagwat Gagre keeps a firm eye on the sky.

At his village in the shadow of the Western Ghats mountain range, the rainy season usually starts in June. Winds over the subcontinent reverse, as they have for millennia, carrying clouds ripe with water from the Arabian Sea up over the Ghats, soaking Gagre’s tiny farm in Kumbharwadi and ensuring that the crops he and his wife sow will have the rain they need.

Now, however, across South Asia, climate change is making the monsoon more erratic, less dependable and even dangerous, with more violent rainfall as well as worsening dry spells. For a region home to nearly one-quarter of the world’s population, the consequences are dire.

At Gagre’s farm in late August, dryness was the problem — the monsoon had begun to feel all but absent. “If we don’t get rain in the next 15 or 20 days,” he said, gesturing to his fields, “productivity will go down 50 per cent.”

In other parts of South Asia, the problem was too much rain, too quickly. Pakistan, to India’s northwest, was struck by relentless downpours, leaving much of the nation underwater and killing at least 1,500 people. In Bengaluru, India’s tech capital, devastating rains in early September forced workers to use boats instead of cars in the streets.

Scientists blame global warming from the burning of fossil fuels for the changes in the monsoon. Computer models suggest that as this warming continues, the monsoon will strengthen, with more rain overall.

But the scientists also see what farmers like Gagre are experiencing: greater uncertainty.

“The heavy rainfall events are increasing at a rapid pace,” said Roxy Mathew Koll, a climate scientist at the Indian Institute of Tropical Meteorology in Pune. “That is a very, very clear shift that we see in monsoon patterns.”

The monsoon season is defined by patterns.

It begins on India’s west coast with a springtime reversal of winds, pushing moisture-laden air from the Arabian Sea toward land. Then, from the Bay of Bengal to the east, winds start carrying more rain across the subcontinent.

Through July and August, the rains march northward in fits and starts. In September the monsoon retreats for another year.

The monsoon is becoming more erratic because of a basic bit of science: Warmer air holds more moisture. The moisture accumulates in the atmosphere and can stay there longer, increasing the length of dry spells. But then, when it does rain, “it dumps all that moisture in a very short time,” Koll said. “It can be a month’s rainfall or a week’s rainfall in a few hours to a few days.”

Gagre farms in a drylands region. Because he lives in the shadow of the Ghats, the monsoon brings less rain — the mountains wring most of the moisture from the clouds before it can reach his farm. For him, longer dry spells are a big threat.

To cope, villagers have dug long, meandering trenches by hand along the hillsides, the better to catch the rain that falls, prevent it from running off into streams and give it time to soak into the ground. That has helped keep local wells from drying up after the monsoon is over.

And if the trenches and other water-conservation efforts had not worked? “Nobody would be living here today,” Gagre said.

In the 1870s, Sajjan Singh, the teenage ruler of the Mewar region in western India, ordered the construction of a marble palace on a rugged hill above the lake city of Udaipur. The monsoon for him was a source of fascination, and the new palace would be a fine place to watch the clouds roll in.

Sajjan Singh didn’t live to see it finished — he died at 26, perhaps, it’s been said, of drink — but the building was completed by his successor. Tourists, mostly from India’s burgeoning middle class, are drawn to it today, cramming into taxis for the winding, bumpy ride up the hill.

Known as the Monsoon Palace, its eastern side offers a sweeping view of Udaipur and its glistening waters. But in summer the view from the opposite side is equally spectacular: the approach of moisture-laden monsoon clouds, scudding across the sky.

Those clouds are borne on winds from the southwest. And for a long time, that was most of what was known about the monsoon — it was caused by a shift in the winds that occurred in late spring and continued through summer. At least as far back as the first century, sailors had learned to take advantage of these winds, riding them from the Middle East across the Indian Ocean and Arabian Sea to India.

It wasn’t until the 17th century that Edmond Halley, the English astronomer and meteorologist best known for the comet that bears his name, finally described the monsoon’s mechanism. The shift in the winds — the arrival of rain — was caused by seasonal changes in the relationship between ocean and land temperatures.

He was right. And remarkably, “His theory was entirely based on hearsay evidence,” said Ranjan Kelkar, a student of the monsoon who headed the India Meteorological Department from 1998 to 2003. “Halley had never come to India.”

By the time the Monsoon Palace was built, there was plenty of direct evidence. This was largely thanks to the British East India Co, which ruled the country for a century, until the mid-1800s. The company “did many bad things, but among the good things was that it set up rain gauges and observatories,” Kelkar said.

A succession of British, and later Indian, scientists divined more details of the monsoon, including how the rains occur as the moist ocean air hits the subcontinent, rises and cools, and the moisture condenses into raindrops.

Scientists now know that the monsoon is quite complex. Other theories of how it originates have been developed, including one that ties the monsoon to the northward shift of a zone of trade winds. But the basics, as Halley outlined, remain. An engine that drives it is the temperature difference between land and ocean.

In spring, as the Northern Hemisphere tilts toward the sun, the subcontinent heats faster than the ocean. As the air over the land warms, the air pressure drops, which draws in higher-pressure air from the ocean. “That temperature difference creates this pressure difference that drives this moisture-laden air from the ocean toward the land,” Koll said. The rotation of Earth gives these winds their direction.

But that’s only part of the story, said Anders Levermann, a climate scientist at the Potsdam Institute for Climate Impact Research in Germany. “The moment the first rain falls, the land gets cooled,” he said.

Over the centuries the subcontinent has experienced weak or “failed” monsoons, in which the overall amount of rain is 20%-30% lower than average. A failed monsoon in 1899 led to the deaths of 9 million people in central India, by some estimates.

In the middle of the 20th century, foreign aid helped India get through poor monsoons without famine. Since then, improvements in agriculture have made a big difference.

In a country obsessed with the monsoon, Rajendra Jenamani plays a crucial role.

Jenamani is a senior scientist with the national forecasting center at the India Meteorological Department in New Delhi. One of his jobs, in consultation with his colleagues, is to determine when the year’s monsoon has actually begun.

It is a decision that the nation tracks closely. The monsoon’s march across the subcontinent is front-page news for days on end. Television anchors ask again and again, will it be early this year? Late? When will we know?

Jenamani and his co-workers make this weighty call in a room that might easily be mistaken for a company’s IT department: Shiny white floor, glaring overhead lights, arrays of computer screens and a few floor fans to help fight back the New Delhi heat.

For the start to be declared, there’s a set of criteria that must be met at weather stations in the state of Kerala, on India’s southwestern coast, involving precipitation and cloud cover, as well as wind speed and direction.

Of those criteria, Jenamani said, “No. 1 is the rainfall.” No matter the state of the wind and clouds, he said, “how can you tell the farmers that the monsoon has come if there isn’t any rain?”

This year’s onset was declared on May 29, a few days ahead of normal. By the first week of July, the monsoon covered the entire country. Withdrawal began in mid-September.

The monsoon’s south-to-north migration means that, for extreme northwestern India, the rainy season lasts only two months, about half the duration in cities that are much farther south like Mumbai or Chennai. Whatever the location, however, the monsoon will account for up to 80% of the water received during 2022.

Kelkar, who is 79, lives in Pune now, having taught at a local university after leaving Delhi and the India Meteorological Department two decades ago. He retired in 2008 and lives a quiet life, writing and occasionally lecturing about various subjects, including the monsoon.

In the living room of his spare 10th-floor apartment he keeps a few shelves of monsoon books — not only the scientific treatises and histories one might expect, but also a lyric poem by a fifth-century writer, Kalidasa, in which a mythical spirit asks a monsoon cloud to send a message to his love.

After years focusing on science, Kelkar now takes a more spiritual approach to the monsoon.

For him, the arrival of the rains is less about how many weather stations have reported precipitation, and more about the senses and emotions. The abrupt shift in the wind. The sound of thunder, like a beating drum. The smell when the first raindrops hit the parched soil, kicking up dust. The sight of the land turning, with almost chameleon-like speed, from brown to a lush green.