The west’s role in the global food crisis 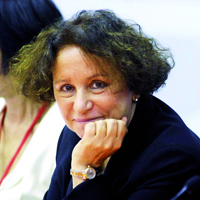 Actions speak louder than words. That adage explains why Russian President Vladimir Putin’s depiction of his war in Ukraine as a noble fight against Western imperialism comes across as farcical. It should also inform Western leaders’ response to the crises that war has fuelled – including the food crisis that looms over vulnerable populations in Africa.

While climate change and the pandemic were undermining food security well before Russia’s war on Ukraine, the situation is even more dire now, particularly in low-income African countries that depend on food imports from Russia and Ukraine. Globally, a staggering 345 million people face acute food insecurity, with hundreds of millions more going to bed hungry every night. As United Nations Secretary-General António Guterres warned last month, there is a real risk of multiple famines this year.

Lack of access to food exported from Russia and Ukraine is only part of the problem. Fertiliser is vital to grow staple foods such as wheat, maize, and rice. And both Russia and Ukraine are major producers of fertilisers and suppliers of the raw materials used to make them. Russia’s war, together with its squeeze on natural gas (a key fertiliser input), has thus contributed to severe shortages.

With prices soaring, supplies have largely gone to the highest bidder, causing supply to collapse in many African countries, such as Ghana, neighbour to fertiliser producer Nigeria. Shortages threaten to reduce the value of the continent’s food production by $11 billion this year. Dozens of countries have put in place restrictions or even total bans on the export of both food and fertiliser.

There is some good news: the Moroccan phosphate and fertiliser giant OCP Group has launched an initiative to boost food security across Africa, which includes a commitment to local capacity-building and innovation and a pledge to channel 20 per cent of its production toward the continent. But much more must be done to avert a catastrophic food crisis.

Any optimism arising from the United Nations-brokered Black Sea Grain Initiative – which was supposed to get Ukrainian food and fertiliser back on world markets – has long since faded. But last month’s Global Food Security Summit, held on the margins of the UN General Assembly this year, offered new reason for hope. Departing from the traditional “single-issue, single-crisis” approach, leaders took a holistic view of the current crisis, which they approached with a sense of urgency and an emphasis on multilateralism.

Alas, action from Europe was hardly coordinated. Mere hours apart, France launched its Save Crops Operation (with Lebanon, the European Commission, the African Union, and several multilateral institutions), and Spain issued its Declaration of Leaders’ Summit on Global Food Security (with the AU, the EU, and the United States).

More recently, the European Commission allocated €600 million ($582 million) from the European Development Fund to finance immediate humanitarian food aid, bolster food production, and support interventions to boost food-system resilience in the most vulnerable countries in Africa, the Caribbean, and the Pacific. But this is also woefully inadequate, especially since the Multiannual Financial Framework for 2021-27 lacks sufficient support for food security and sustainable agriculture.

The EU must amend the Multiannual Financial Framework next year. Moreover, it must renounce protectionism in agriculture, which has, for example, impeded the ratification of the EU-Mercosur trade agreement (in this case, to protect French and Austrian interests). The notion that the EU’s Common Agricultural Policy would be extended to Ukraine if the country joined the Union has already ruffled feathers.

EU policy toward Africa must also be rethought. Home to more than 65 per cent of the world’s arable land, Africa needs financial and technological investment, as well as incentives to support local manufacturing. This includes, as European Council President Charles Michelnoted at this year’s UN General Assembly, sustainable projects for fertiliser production on the continent.

In addition, the EU must revise its cherished Green Deal, updating its financing, responding to grievances, and addressing blind spots such as the scheme’s implications for critical raw-materials demand, or the risk that agricultural standards could act as non-tariff barriers for African exports. More broadly, the EU needs to chart a clear and convincing course that recognises the urgency of the food crisis.

Contrary to the Kremlin’s claims, the West is not to blame for current food shortages. But it does have a responsibility to help address them. It must not leave developing countries to fend for themselves, as it largely did during the Covid-19 pandemic, not least because, with their credit ratings sliding, beleaguered African governments are facing increasingly steep borrowing costs. This is jeopardising subsidy programmes at a time of surging living costs.

Helping these governments is not merely a moral imperative. Just as conflict is the biggest cause of hunger, food insecurity is a major cause of social unrest and conflict. And climate change and rapid population growth – let us not forget that the world will have to feed 9.1 billion people by 2050 – are already putting growing pressure on food systems. The crises these trends are fuelling will affect everyone. @Project Syndicate, 2022