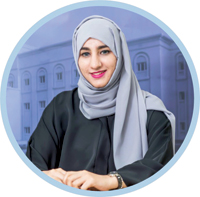 Globally, there is increasing emphasis on economic impact of decarbonisation, and a faster transition from fossil fuel to renewable energy sources to mitigate the emerging risks posed by anthropogenic interventions in climate systems. This issue started escalating from the beginning of the first industrial revolution.

As the political determination to deploy and scale up clean energy technologies (CETs) increases worldwide, there is an urgent need to facilitate the technological transition by inventing new CETs or optimising existing ones.

Solar energy appears to be the most sustainable of all the renewable energy sources known to mankind (including hydroelectric, wind, geothermal, biomass, tidal, and others) as it is unlimited, globally distributed and unconstrained in price, unlike fossil fuels.

As a result, renewable energy technologies (RETs) that use solar energy as the primary driver will continue to attract research and development activities. One of such RETs is the solar driven Integrated Photovoltaic Fuel Cell System (IPVFC), which produces electricity and hydrogen primarily through photovoltaics and fuel cells.

Many government and private organisations throughout the world are seriously involved in implementing this system.

Recently, the nine Arab Nations have made significant contributions to green hydrogen production as part of their commitment to environmental protection and reduction of carbon emissions that cause global warming and climate brutality.

The world has a right to be more optimistic about green energy as modern technologies accelerate the hope for a full-scale clean energy transition. Oman can be one of the most ideal countries in the Middle East to serve as a hub for the production and export of green hydrogen. The abundant availability of the main components for green hydrogen production such as solar energy, wind energy and extensive land area, Oman aspires to be among the world’s leading producers of green hydrogen,

The Ministry of Energy and Minerals (MEM) in the Sultanate of Oman is working with necessary parties such as government agencies and competent companies to build a robust green hydrogen economy.

The Ministry has taken several steps in this regard, the most important one is the formation of a ministerial committee with technical teams, specialised in coordinating the efforts to develop renewable energy and hydrogen sectors. Further, it aims to launch a programme consisting of specialised pathways towards emerging a system of governance that ensures sound planning and effective implementation in accordance with policy.

According to the Oman News Agency, the study of the National Energy Plan, which outlines the strategic directions of the energy sector for the Sultanate of Oman in the light of global trends and national potentials, has recently been completed.

The Ministry of Energy and Minerals has stressed the work on conducting necessary studies to develop renewable energy and hydrogen sector. Further it has developed specialised expert houses through a series of tenders. Some of the tenders have been submitted and the rest are expected to continue in the coming period.

Planning of consequent policies to use the available studies, involve stakeholders, incentives, facilities, and tender evaluation models are also in the process.

Investments in the renewable energy industry related to hydrogen generation are introduced and appropriate government revenue models are proposed for each phase.

The ministry sponsored the establishment of a national green hydrogen alliance known as “Hy-Fly” in August 2021 to put the Sultanate of Oman on the map of promoting clean hydrogen production and consumption. The alliance includes 13 major institutions from the public and

On March 13, 2022, while presiding over the Cabinet meeting, His Majesty Sultan Haitham bin Tarik issued a high directive to speed up the procedures for regulating the green hydrogen sector. The major aspects of the directive are development of legal framework and policies on allocation of technical sites , preparation of necessary studies, and establishment of a directorate for clean energy and hydrogen energy within the organisational structure of the MEM.

One of the Sultanate of Oman’s most important initiatives at the moment is the Hyport Duqm project, which intends to produce green hydrogen from renewable energy in line with the global shift to replace traditional fuels with clean fuels or renewable energy.

Hyport Duqm Green Hydrogen Production Project, which is one of the strategic projects being developed in partnership between the OQ Group and the Belgian Deme Group. The project is to be located in part of the designated alternative energy area of the Duqm Special Economic Zone, in an estimated area of 150 square kilometres.

A 1.3 GW wind power plant with combined solar power plant will be built in this zone, with implementation in scalable phases. The Hyport Duqm project has now completed the installation and operation of 4 wind meteorology masts and two on-site solar meteorology stations to identify Duqm’s promising and outstanding potential for year-round solar and wind power generation potential.

After the initial studies, the construction of the facility to produce green hydrogen and green ammonia will start. The project fits in with the Sultanate of Oman’s strategy to develop Al Wusta Governorate in general and the Duqm Special Economic Zone in particular, as well as to contribute to the achievement of the renewable energy targets in accordance with Oman Vision 2040.

This initiative will play an important role in accelerating projects and investments in the Duqm Special Economic Zone besides, encouraging many companies to switch to green energy. In the first phase of the project, a 500 MW hydrogen production plant using water electrolysis technology will be built.

The unit will produce 330,000 tonnes of green ammonia annually, and it is scheduled to start operating in 2027. Once the operation starts, it can contribute to meet global demand for green hydrogen. Further, the project will developed and expanded to promoter the Duqm region, a hub for green hydrogen production in Oman and Middle East.

The use of green hydrogen in the industrial, logistics and infrastructure sectors is vital and it will be a driving force for strategic investments in the Sultanate of Oman. (The author is a lecturer at the University of Technology and Applied Sciences - Shinas. She can be contacted at alnoflimaryam@gmail.com)