A new capital worthy of the Pharaohs rises in Egypt, but at what price? 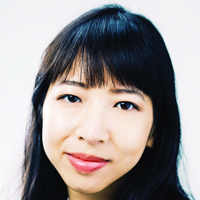 The writer is the Chief Africa correspondent at NYT

Sprawled across a patch of desert four times the size of Washington, DC, a showy new capital is rising in Egypt, imperial in scale and style, embodying the grandiose ambitions of President Abdel-Fattah el Sissi and his mantle as the country’s ruler.

The new administrative capital just outside Cairo encompasses Africa’s tallest building, a crystal pyramid and a vast, disc-shaped palace for Sissi inspired by the symbols for an ancient Egyptian sun god.

Six years in the making at an estimated cost of $59 billion, it is the grandest in a slew of megaprojects being built by a president determined to reshape Egypt.

Eight-lane highways swoop across the crumbling streets of Cairo, skirting ancient tombs and the pyramids of Giza. Giant bridges, freshly built, span the Nile. A new summer capital gleams on the Mediterranean coast, just outside the city of Alexandria.

The projects, mostly constructed by the country’s powerful military, make Sissi the latest in a long line of Egyptian leaders, stretching back centuries, who have sought to mirror their authority in imposing structures that rise from the desert.

But as Egypt limps through an economic downturn, its finances strained, increasingly loud doubts are emerging about whether the country can afford Sissi’s grandiose dreams.

In the past six years alone, the International Monetary Fund has given Egypt three loans totalling about $20 billion, even as US aid kept flowing in. Even so, the country is once again in trouble.

The president is “borrowing money from abroad to build a massive city for the rich,” said Maged Mandour, an Egyptian political analyst. But poor and middle-class Egyptians are paying the price tag for the mega projects through taxes, lower investment in social services and subsidy cuts, he added.

Although financing for the new projects remains opaque, they are funded in part by Chinese capital as well as high-interest bonds that will be costly for Egypt to repay in coming years.

Egypt’s finances, overall, were fragile even before Russia attacked Ukraine in February. Sissi had borrowed heavily to fund the mega projects, as well as billions of dollars in international arms purchases, helping to quadruple the national debt over a decade.

Egypt is making too little to cover its debts.

Foreign investors have mostly stayed away from Egypt, deterred by the military’s tight grip on the economy. That, combined with a lack of focus on developing domestic industries, has meant the private sector, outside oil and gas, has contracted every month for nearly two years.

Investment bank Goldman Sachs recently estimated that Egypt needed a $15 billion bailout from the International Monetary Fund to fend off its creditors.

Egypt’s finance minister, who confirms that the country is seeking a new IMF loan, said the actual sum it will receive is much smaller, and diplomats put the amount at $3 billion.

Russia’s war with Ukraine sent Egypt’s financial house of cards tottering. As interest rates and food prices soared this summer, public finances became so strained that the government ordered malls, stadiums and other public facilities to ration their air conditioning and dim the lights so it could sell more energy abroad.

Now, economists warn, Egypt is one of a handful of countries that runs a significant risk of debt default.

“2023 will be dark and horrific,” Amr Adeeb, a popular television host and longtime supporter of the president, said recently.

As before, Egypt may be saved from disaster by its allies. Saudi Arabia, the United Arab Emirates and Qatar have invested at least $22 billion in the country this year. The United States, which backed an IMF bailout in 2016, provides a steady stream of military aid.

A new Egyptian capital was supposed to offer a respite from the fume-choked chaos of Cairo, where the population has topped 20 million.

Although the idea was first dreamed up by Hosni Mubarak, the leader who was overthrown in the 2011 Arab Spring uprisings, Sissi has taken it to new heights: A Chinese-built skyscraper called the Iconic Tower soars to 1,293 feet, the tallest building in Africa.

Tens of thousands of apartments have been built, although few are furnished or painted, giving the new city the appearance of a vast construction site.

Computer renderings envision verdant boulevards, humming tram lines and the extensive use of digital technology: Some 6,000 cameras will monitor the streets of the new city, authorities will use artificial intelligence to optimise water use and waste management, and residents will submit complaints using a mobile app.

But how many ordinary Egyptians will feel at home in the new capital is debatable.

One afternoon as the city was being built, Mohammed Mahmood, 27, and Omar Shaikh, 28, a pair of construction workers in skinny jeans, stood amid the cranes and dust waiting for a bus home to Sohag, 350 miles down the Nile.

With their belongings stuffed into cloth sacks, they said they doubted they would ever return to the gleaming new city, where the cheapest apartment runs to $80,000, once construction was completed.

“None of this is for us,” said Mahmood, gesturing first to the marble-fronted buildings, then to a billboard bearing Sissi’s image: “It’s for him.”

Few dispute that Egypt, with its population of more than 100 million growing by more than 1 million annually, urgently needs more housing. But urban planners say Sissi would do better to fix his broken cities than to build new ones.

And the new capital’s cost goes beyond the finances.

To make way for the new highways that ribbon through Cairo, leading to the new city, builders razed vast patches of trees in the elegant old neighbourhood of Heliopolis. -- New York Times