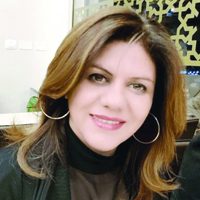 Europe’s geopolitical calculations have been turned upside down by the war in Ukraine. It has created an energy crisis that comes at a critical moment for Germany and Europe’s ambitions to become global leaders in the transition to climate neutrality

When Angela Merkel pulled the plug on nuclear power after the Fukushima meltdown, she set Germany on a course to become the only leading industrial nation to abandon atomic energy. The economic engine of Europe planned instead to fuel itself through a transition to renewable energies with cheap Russian gas.

Now, 11 years later, with Russia toying with Germany’s gas supply, her successor as chancellor, Olaf Scholz, who has modeled himself in Merkel’s image, is staring at the possibility of reversing that momentous decision.

Europe’s geopolitical calculations have been turned upside down by the war in Ukraine. It has created an energy crisis that comes at a critical moment for Germany and Europe’s ambitions to become global leaders in the transition to climate neutrality. Instead, as Russia tightens the taps, coal plants are being refired across Europe, and nuclear energy is getting a second look as many on the continent wrangle over whether to sacrifice their sacred cows.

The European Parliament recently took the much-contested step of classifying some gas and nuclear power as “green.” In the Netherlands, gas fracking is up for reconsideration. In Belgium, like Germany, the debate has turned to keeping nuclear plants running, something unthinkable just months ago.

This week, Scholz for the first time publicly acknowledged that Germany’s plan to shut down its last three nuclear plants by the end of the year — the culmination of Merkel’s nuclear-free promise — may no longer be viable given the war in Ukraine.

Running the last three nuclear plants in Germany past their decommissioning date of December 31, 2022, he said, “can make sense” given the energy crisis the war has precipitated. Any such move, he insisted, would not be decided by his government but rather by a series of stress tests on the German power system to see whether the plants would be needed and if they would be able to run safely past their shutdown date.

In part, Scholz is responding to a growing sense among Germans — according to recent polls, now over 80 per cent — that they must re-evaluate the subject that led to some of the most emotional and divisive debates their country has grappled with since reunification.

“We are having conversations we thought we would never have to have again,” said Rosi Steinberger, a member of the regional parliament in the southern state of Bavaria, which will most likely find itself in most need of nuclear power should energy shortages come to pass.

“This is painful for all of us,” she said, as she worked in her darkened office to save electricity. “But we are also under the shadow of this war in Ukraine.”

That admission is probably harder for politicians like Steinberger than those from any other German party: She is from the Greens, who now share power with Scholz’s Social Democrats in Berlin. The Greens have their roots not only in Germany’s environmental movement, but also in its grassroots anti-nuclear protests, where the police clashed with activists, who sometimes chained themselves to the gates of nuclear plants.

Annalena Baerbock, the Green foreign minister, grew up going to such demonstrations. Even as many in her party begin to accept what looks inevitable, Baerbock insisted on Wednesday that she still believed an extension of nuclear power was “not an option.”

It is an irony of politics that it was Merkel who became the poster child for Germany’s “nuclear exit.” Her Christian Democrats were long proponents of nuclear power, and her government fought to extend the life of nuclear power after a previous left-leaning government sought to shut it down. She defended that move by arguing that atomic energy was the “bridging technology” paving the way towards a renewable energy system in Germany — the same language her party later used to defend the shift to gas.

But the Fukushima nuclear plant disaster in 2011 forced her into a U-turn, after her party faced a catastrophic loss in regional elections to the Greens, who campaigned against nuclear power. Germans, long split over nuclear issues, had shifted against atomic energy, and Merkel soon took seven of Germany’s 17 nuclear power plants offline.

She argued she took the move because the Fukushima disaster, in a high-tech country like Japan, was a “turning point for the entire world.”

“It’s as if the pope were suddenly advocating the use of birth control pills,” the German magazine Der Spiegel wrote at the time.

For years, despite bemusement of many outside Germany, the country seemed set on that course. This year, as Europe began its sanctions on Russian fossil fuels, Germany’s Green energy minister seemed more willing to turn on carbon-intensive coal plants rather than reopening the issue of nuclear power.

Scholz took a similar line — only weeks ago, he was still telling reporters that any reversal on the nuclear power exit was not possible.

Now, the chancellor is facing a decision to keep plants on that many argue is as political as Merkel’s move to switch them off.

There are only three plants still operating in Germany, accounting for around 6 per cent of Germany’s energy supply. For Germans, nuclear power became wrapped up with Cold War fears that their nation, on the front line of Europe’s Iron Curtain and divided between the US- and Soviet-backed governments, could become the ground zero of nuclear annihilation.

Germans of that era grew up reading “The Last Children of Schewenborn,” a novel about the aftermath of a nuclear war. Today’s generation watches Germany’s Netflix thriller “Dark,” which takes place in a town that lives in the ominous shadow of a nuclear plant.

Ironically, in real-world Germany, those living beneath the white columns of smoke of the Isar 2 nuclear plant are far more blasé about the plants staying on than many of their fellow countrymen. - New York Times