In Ukraine, US veterans step in where the military will not 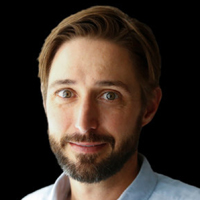 Experts caution that the presence of American volunteers could lead to some kind of tragic mishap that entangles the US in a Vietnam-style escalation
Ukrainian troops load a Howitzer M777 155mm artillery piece in Donetsk region of eastern Ukraine.

A democracy came under attack. The United States saw a threat to an ally and also to the entire world order, but it feared that sending troops could spark a nuclear war. So, instead, it supplied weapons. And a small number of American Special Operations trainers started quietly working with the local military.

That was the situation in South Vietnam in 1961, a few years before full-blown US military involvement, when the American presence was limited to a military “advisory group.”

It is also the situation in Ukraine today. As a bloody conflict churns on, small teams of American Special Operations veterans are training Ukrainian soldiers near the front lines and, in some cases, helping to plan combat missions.

There is a notable difference, though. In Vietnam, the trainers were active-duty troops under the control of the Pentagon.

In Ukraine, where the United States has avoided sending any troops, the trainers are civilian volunteers, supported by online donations and operating entirely on their own.

“This is why I became a Green Beret'', said Perry Blackburn Jr, a retired Army Special Forces lieutenant colonel who spent 34 years in uniform in Iraq, Afghanistan, Ethiopia, Egypt, Somalia and Jordan. He is now in Ukraine as a civilian doing what he once did in the military: Training local forces to fight a common enemy.

“To not use my talents in a real time of need would be a waste'', said Blackburn, 60, who was one of a handful of Special Forces soldiers who rode into Afghanistan on horseback at the start of the US invasion in 2001 and is funding similar efforts now through thousands of small online donations from the public.

“At my age, I’ve seen enough death and I want to try to stop the bloodshed'', he said. “We need to give people the means to defend themselves.”

Whether this new type of crowdfunded military support is wise is up for debate. Some experts caution that the presence of American volunteers could lead to some kind of tragic mishap that entangles the United States in a Vietnam-style escalation. Russia says that it would treat volunteer fighters as mercenaries and that they could be executed if captured. The United States discourages Americans from participating in the conflict. It pulled out its 150 military trainers before the war began and now relies on a few dozen commandos from other Nato countries to coordinate the flow of weapons inside Ukraine.

But the volunteers dismiss the idea that they might be stoking a larger war. Instead, they say, they are working to prevent one, by training Ukrainian fighters to put up better resistance against the Russians and deter further aggression.

Either way, Americans are in Ukraine. An unknown number are fighting on the front lines. Others volunteer to be members of casualty evacuation teams, bomb disposal specialists, logistics experts and trainers. At least 21 Americans have been wounded in combat since the war started, according to a volunteer group that evacuates them. Two have been killed, two have been captured and one is missing in action.

Blackburn and a small group of volunteers work directly with the Ukrainian military, teaching marksmanship, manoeuvring, combat first aid and other basic skills while constantly shifting locations of training camps to avoid Russian rocket attacks. They say they do all of it without any input from the Pentagon.

“We have no communication with the US military, period'', he said in an interview from his home in Tampa, Florida, where he recently returned to resupply before returning to the war zone. “That’s a line they don’t want to cross. They are not going to take any responsibility for our well-being or our actions.”

In a statement, the Defence Department said it “is not affiliated with any of these groups” and recommends “that US citizens not travel to Ukraine or depart immediately if it is safe to do so.”

Before the war, the US military regularly deployed uniformed trainers to Ukraine. As soon as Russia invaded, the Biden administration pulled out all troops. “We will not fight the third world war in Ukraine'', President Joe Biden said. — New York Times

The writer is a national correspondent for 'NYT' covering the military