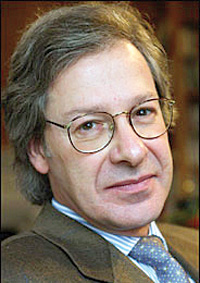 After the collapse of the Soviet Union, some asked whether Nato had any real reason to exist. But Russia’s attack of Ukraine gave new urgency to Nato as a defensive alliance aimed at deterring Moscow.

Now, at its annual summit this week in Madrid, leaders of the 30 members of Nato are set to agree on the most significant overhaul of the alliance’s defences since the Cold War.

There will be a large increase in the number of troops assigned to defend Nato's eastern flank, closest to Russia and Belarus, with a major commitment to position heavy military equipment there, like tanks and artillery, that would bolster an allied response to any Russian threat or aggression.

There will also be statements of unity on Ukraine, despite internal debates within the alliance on how long the war will take, how it will end and its mounting costs to Nato and European allies.

“The summit will show western solidarity as we go into a period of high gas prices and food scarcity, with Russia willing now to use both as weapons of war,” said Kori Schake, director of foreign and defense policy studies at the American Enterprise Institute. “So we know that and can still hang together.”

At the same time, she said, debates about the future are rumbling among member countries. “The lesson the US is tempted to take away from Ukraine is the incapacity of the Russian military, suggesting that Europe should be able to handle the burden of European security,” Schake said. “But the European lesson is that unless the US is at the centre of the Western response, there will be no Western response, so they’re trying to lock in American involvement.”

In Madrid, the alliance will also approve its first updated mission statement in 12 years, portraying a world of new perils, with threats not just from Russia but also China, a US priority, and from new forms of warfare ranging from cyber and artificial intelligence to disinformation and restrictions on energy, food and rare minerals.

The mission statement, known as the strategic concept, frames defence planning, spending and resource allocation throughout the alliance. It sounds arcane but has been hotly debated, with France and Germany insisting on describing a rising China as a “challenge” to the trans-Atlantic security order, not as a “threat,” as Russia has clearly become.

There will also be discussion on how to convince Recep Tayyip Erdogan, the President of Turkey, to remove his effective veto over the applications of Sweden and Finland to join Nato, a matter that inevitably will have to involve President Joe Biden.

One of the other key debates during the summit, which runs from Tuesday evening through Thursday, will be the issue of new Nato troops along the eastern flank — how many, how they are deployed, and how permanent they will be.

As the war in Ukraine has proceeded, Nato has established four more multinational battalion-sized groups in Romania, Bulgaria, Hungary and Slovakia, to add to the ones already established in 2017 — following Russia’s annexation of Crimea in 2014 — in Estonia, Latvia, Lithuania and Poland.

The Baltic nations of Estonia, Latvia and Lithuania are pressing for larger permanent deployments, to move from the current “tripwire” defence — the roughly 1,500 rotating Nato troops in each country — to “deterrence by denial,” which would involve more permanent deployments of up to a division of American troops, as Estonia has been demanding.

They want the larger deployments to better defend all Nato territory from any conflict at its very start, fearing that they would be quickly overrun by Russian forces otherwise. - New York Times