Wrong on the dollar – for now 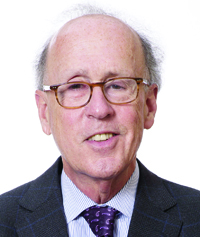 I should have listened to Alan Greenspan — at least when it comes to currency forecasting. The former chair of the Federal Reserve once told me it was a fool’s game, with the odds of getting currency calls right worse than a successful bet on a coin toss. Two years ago, I ignored the maestro’s advice and went out on a limb, predicting that the US dollar would crash by 35 per cent.

After a tantalising 9 per cent decline in the second half of 2020, the broad dollar index has gone the other way, soaring by 12.3 per cent from January 2021 through May 2022.

That puts the dollar 2.3 per cent above its level in May 2020, around the time I made this seemingly foolish call. How did I get it so wrong? Three factors shaped my thinking: America’s current-account deficit, Federal Reserve policy, and TINA (“there is no alternative”).

I argued that the external deficit was headed for big trouble and that a passive Fed would do little to arrest the problem – effectively forcing the bulk of the current-account adjustment to be concentrated in a weakening currency rather than in rising interest rates. I also took a swipe at the TINA defence of the dollar and tried to make the case for euro and renminbi appreciation.

Basically, the Fed saved the dollar – aided and abetted by Russian President Vladimir Putin. The US current-account deficit, the crux of my fundamental case against the dollar, has in fact deteriorated dramatically over the past two years.

America’s current-account deficit hasn’t been this large since mid-2008 in the depths of the global financial crisis. My dollar-crash narrative hinged importantly on the possibility of an increasingly unstable post-pandemic current-account dynamic, with outsize federal budget deficits leading to a sharp compression of already-depressed domestic saving.

The theory stresses that saving-short economies must import surplus saving in order to keep growing, and then run large current-account deficits in order to attract the foreign capital. In the face of exploding budget deficits, the theory worked as expected: the net domestic saving rate plunged to zero in the middle two quarters of 2020.

Surprisingly, domestic saving has since rebounded, with the net national saving rate averaging 3.25 per cent in 2021 and moving up further to 4.2 per cent in early 2022.

Over the post-pandemic period starting in the second quarter of 2020, however, the net domestic saving rate has averaged just 2.6 per cent of national income, a dramatic shortfall from the longer-term 45-year average of 7 per cent from 1960 to 2005. This matches up reasonably well with the sharp recent widening of the US current-account deficit.

Foreign creditors will demand concessions for lending their surpluses: higher returns (interest rates), cheaper financing (the currency conversion), or both. If one option is closed off, then the other channel bears the brunt of the current-account adjustment.

This is where the Fed saved the dollar. It certainly didn’t seem that way in 2020 and early 2021. During that period, the Fed was steadfast in maintaining its overly accommodative policy stance, even in the face of an emerging inflationary shock that it initially misdiagnosed as “transitory.” I viewed this intransigence as good reason to believe that interest rates would remain uncomfortably low.

As a result, the US current-account adjustment would be increasingly concentrated in the sharp depreciation of an overvalued dollar. My call for a 35 per cent correction in the dollar was in line with the 30 per cent average of three earlier large cyclical drops that had occurred in the 1970s, 1980s, and in the early 2000s.

When the Fed belatedly pivoted in late 2021, I should have done the same thing with my dollar call. Forward-looking financial markets correctly sensed that something had to give and moved well in anticipation of the Fed’s about-face; roughly half of the dollar’s 12.3 per cent appreciation since January 2021 occurred prior to the Fed’s conversion the following December.

Putin’s saber-rattling and subsequent military aggression in Ukraine added a significant safe-haven bid to the dollar. The euro and even the renminbi fell, instead of rising, as I had predicted, and the Japanese yen collapsed, as the Bank of Japan was more than willing to accommodate an inflation surprise as an antidote to its third “lost decade.”