The joy of travelling without leaving your home 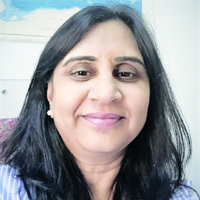 As the khareef season begins in Salalah and tourists throng to this monsoon treasure, it leaves many others wishing they could travel but cannot, for various reasons.

Whether there are health concerns, economic limitations or even reluctance to cope with hours at airports, waiting in queues and traffic jams, travel may not be for everybody.

But that hardly matters anymore as you can explore the entire world at your own leisure, thanks to the rise in popularity of travel literature and even vlogs which give you a three dimensional visual experience.

Travel literature is not a new form at all.

From ‘Periplus of the Erythrean Sea’ of the 1st century CE, through the accounts of Marco Polo, Ibn Batuta and Nasir Khusrou’s ‘Safarnama’ of the 11th century, travellers have been regaling readers with detailed and entertaining accounts of places visited, people seen and customs observed.

By the 19th century, travel writing took on a more Orientalism perspective, with stereotyped pictures of natives portrayed for a western readership.

Travel books range in tone and scope, from exploring life with royalty to living with shepherds and nomadic communities. They range from adventure, slave narratives, philosophical studies, guide books and travel journals.

In the 21st century, travel literature is a form of its own, even boasting of specific awards like the ones given by National Geographic or the Edward Stanford Travel Writing Awards, considered the most prestigious.

There is a whole collection of travel writing on Oman, often by British and European travellers, as well as from the Middle East. Accounts by traders and sailors abound in the form of diaries and short descriptions. There are also the sustained records of James Wellsted and Samuel Miles who explored the interiors of Oman.

Zhang Qian’s travels representing the Han dynasty rulers and Tipu Sultan’s embassies to Oman are captivating accounts of this region from Asian travellers. Even Ibn Batuta spent time much time in Oman, travelling from present day Sur to Dhofar in the 14th century.

But if all these detailed accounts are not your cup of tea, there is a burgeoning collection of vloggers who give city tours, culinary trips, cultural visits and even staycation recommendations on digital media. Whether on You Tube, Instagram, Facebook or Tik Tok, almost any place in the world can be visited from the comfort of your home. This even includes pilgrimage sites and adventure trips.

Vlogging is an entire industry in itself. It involves equipment, filming, voice overs, editing and disseminating. It is currently a very competitive industry, with vloggers vying for attention by choosing niche areas of expertise.

Of course, there is nothing like experiencing the mountains, the seas, rivers, lakes and forests yourself. Being one with nature, or even dwelling on a historic path is rewarding and enriching.

But it’s never possible to be in every single place of the globe, and for that, we are grateful that we can pull up a couch, settle down with a favourite beverage and be in any part of the world we want.