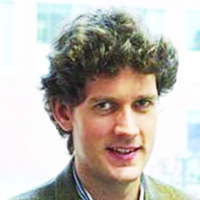 The French parliamentary election delivered a shock result, depriving President Emmanuel Macron of his absolute majority, and yielding an unprecedented number of seats to the far-right. But whether the country is heading for an era of compromise or of gridlock remains to be seen
We should not underestimate Macron’s determination to push through his agenda.

There is an old saying in French politics that people vote with their hearts in the first round of an election, and with their heads in the second. This dictum no longer holds. In this year’s national election, French citizens voted tactically from the start, supporting the candidates from their own bloc who were most likely to win. In the first round of the presidential election in April, this dynamic advanced the candidacies of Jean-Luc Mélenchon on the far-left and Marine Le Pen on the far-right, with President Emmanuel Macron holding the centre. Now, the pattern has been repeated in France’s legislative elections.

In the just-concluded second round, the biggest winner was Le Pen’s National Rally, which increased its parliamentary representation from just eight seats to 89. Never before under the Fifth Republic has the far-right’s star risen so high. While the then-National Front won 35 seats in 1986, under the leadership of Le Pen’s father, that outcome could be dismissed as a one-off occurrence. By contrast, this year’s outcome underscores National Rally’s increasing entrenchment in French politics and society.

The shock result — which surprised even the party’s own leaders — can be explained by the French run-off system, wherein the two leaders in the first round face off against each other in the second. Faced with the prospect of having to pick between either the far-left or the far-right, centrist voters in many districts simply abstained. At the same time, many supporters of the far- left or the far-right chose to go with the other extreme rather than voting for a centrist. Clearly, the “republican front” that once kept the far-right at bay has fallen.

The National Rally will now be able to create a parliamentary group (requiring at least 15 deputies) in the National Assembly, availing itself of additional benefits in terms of funding and access to positions of power. Until now, National Rally deputies have been known more for their absenteeism and incompetence than anything else; but that could perhaps change with the formation of a parliamentary group.

With 142 deputies, the far-left can claim to be the main opposition to Macron’s government. It has assembled under the New Popular, Ecological and Social Union (NUPES), a coalition of left-wing parties, including Mélenchon’s France Unbowed, the Communists, the Socialists, and the Greens. While these parties’ respective shares of the vote remained stable from five years ago, tactical voting by their supporters paid off, more than doubling their final seat count (which is up from 58 in 2017).

Mélenchon, however, fell short in his bid to become prime minister. NUPES did not come anywhere close to the 289 seats (out of 577) needed to command an absolute majority; nor did it succeed in mobilising the youth vote (which remained stubbornly absent). Moreover, because Mélenchon chose not to run for a parliamentary seat, it is an open question as to who will lead the left in parliament. With the different parties retaining their own groupings, there will be no official NUPES parliamentary faction. Will the alliance be able to sustain itself without its charismatic leader?

For his part, Macron can already claim to have reached a number of “firsts” in his brief political career. In addition to being the youngest French leader since Napoleon and the first president to win re-election since Jacques Chirac (in 2002), he will now be the first president since François Mitterrand (in 1988) to have only a plurality in parliament.

Macron’s Ensemble coalition — comprising his own party, La République en Marche!, François Bayrou’s MoDem party and Édouard Philippe’s Horizons party — will have 246 seats, 43 short of an absolute majority. The question, then, is how he and his new prime minister, Élisabeth Borne, should go about implementing the government’s agenda. Most immediately, Borne will need to reshuffle the government to account for the fact that three of its previous ministers were not re-elected, including Amélie de Montchalin, the Minister for Ecological Transition — a portfolio representing one of Macron’s top priorities.

But we should not underestimate Macron’s determination to push through his agenda. When he was first elected in 2017, he set two broad goals for his presidency: To reform the French economy, and to increase public investment at the European level. He has already succeeded on both fronts. The French economy is one of the most dynamic in the eurozone; and, in 2020, the European Union adopted a €750 billion ($790 billion) Covid-19 recovery plan.

To continue the progress he has made, Macron will need to find new allies in the National Assembly. Many Ensemble members are eying the centre-right Republicans, whose 61 deputies would give Macron a majority. But a formal pact seems unlikely. Instead, Macron may look to strike ad hoc deals with both the center left and the center right. While there are disagreements between the parties on the question of the retirement age (Macron and the right want to increase it to 65, whereas NUPES wants to lower it to 60), the divisions over cost-of-living and climate-policy issues are matters more of degree than of kind. For example, NUPES and the Republicans both support funding to retrofit 700,000 homes per year to improve energy efficiency and adapt to global warming.

Only time will tell whether France can rediscover the spirit of compromise that marked the Third and Fourth Republics, where parliamentary democracy dominated, or face the same problems of inaction and gridlock that led Charles de Gaulle to found the Fifth Republic, with its strong presidency, in 1958. Macron did promise a more horizontal, consensus-based approach to governance as part of his second mandate. One way to interpret the parliamentary election result is that the voters took him at his word.

The writer is Assistant Professor of Political Theory at the University of Nottingham, is the author of Nietzsche’s Great Politics (Princeton University Press, 2016)