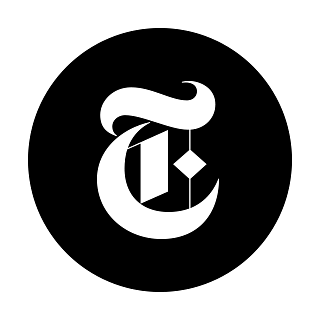 Naomi Osaka during her match against Amanda Anisimova at the French Open in Paris on Monday, May 23, 2022. (James Hill/The New York Times)

Naomi Osaka, the Japanese tennis star who remains a one-surface wonder, will not play at Wimbledon later this month, she announced in a social media post Saturday.

Osaka and her team indicated that the withdrawal was due to tendinitis in her left Achilles tendon and that she would have played if healthy.

After losing in the first round of the French Open last month with her left ankle wrapped, Osaka, a former No. 1 whose four Grand Slam titles have come on hard courts, told reporters she was leaning toward not playing at Wimbledon since both the men’s and women’s tours stripped the Grand Slam event of ranking points in response to Wimbledon’s ban on Russian and Belarusian players.

“I feel like if I play Wimbledon without points, it’s more like an exhibition,” Osaka said in Paris. “I know this isn’t true, right? But my brain just like feels that way. Whenever I think something is like an exhibition, I just can’t go at it 100%.”

But Osaka, as it turned out, was not healthy enough to play in any grass court tournaments this month, even those that offered ranking points. She withdrew from this week’s WTA 500 event in Berlin, citing the Achilles tendon injury, and on June 9 she posted video of herself running on an underwater treadmill.

“My Achilles is being stubborn still,” she wrote in the post. “I must be aging or something.”

Her social media post Saturday included photos and videos of her receiving acupuncture and ultrasound treatments on her left Achilles tendon.

“Trying to find the positives in a negative situation so all love,” she wrote. “But there goes my grass dreams.”

“Achilles is one of those tendinitis or tendon strain areas that you don’t want to mess around with and play through,” said Dr. Nicholas DiNubile, an American orthopedic surgeon who is not treating Osaka. “There is the risk of rupture, which is a disaster.”

Osaka has won both hard court Grand Slam tournaments — the Australian and U.S. Opens — twice but has never made it past the third round at the French Open, which is played on clay, or the third round at Wimbledon, which is played on grass. She has yet to reach a final at any tour event on clay or grass, and while her career singles record on hard courts is a formidable 133-56, her career singles record is 21-17 on clay and 11-9 on grass. She has struggled with her movement and timing on surfaces other than hard courts, on which she primarily trained during her formative years in Florida.

Her powerful first serve, penetrating and relatively flat groundstrokes, and ability to counterpunch from low body positions would seemingly prime her to succeed on grass. For now, however, her record does not reflect that potential.

Osaka last played Wimbledon in 2019, losing in the first round in a year in which she changed coaches after rising to No. 1 in the rankings. She did not participate in last year’s tournament during a break from tennis to address her mental health. She is ranked No. 43 this week, up from a low of 85 earlier this season.

Since reaching the final of the Miami Open in April, where she lost to new No. 1 Iga Swiatek, Osaka has won just one singles match and has withdrawn from the Italian Open, the Berlin Open and Wimbledon.

She is targeting a return to the tour in the first week of August when the circuit comes back to North America with hard court events in Washington, D.C., and San Jose, California.

For now, Osaka will continue to rehabilitate. She began her post Saturday with, “after the storm comes the calm.”

“This is a saying that I’m actively trying to master,” she wrote. “I feel like life keeps dealing cards and you’re never gonna be used to them but it’s how you adapt to uncomfortable situations that really says stuff about your character.”