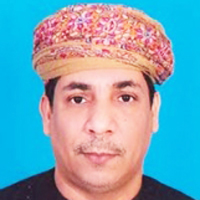 Towards the end of February, the Republic of Belarus witnessed a popular referendum on constitutional reforms related to the system of government. This was especially determining the authority of the President of the Republic, Parliament, the government and the rest of government agencies.

The Council of Ministers, through the outcome of that referendum, was also granted broader powers, and became more independent in making executive decisions.

Through the result of the referendum that took place last Sunday, constitutional amendments were approved after the participation of 78 residents, a percentage that exceeded the required one, which is half of the registered population for holding the referendum.

The draft of the new constitution will be published for public discussion so that those amendments become final, especially those related to the popular amendment. The amendments approved by the popular referendum included the distribution of part of the president’s powers in favour of government agencies.

Holding a popular referendum is an integral part of the constitutional reforms taking place in the Republic of Belarus and in light of its openness to its complex relations with the countries of the world.

The Republic of Belarus enjoys good and distinguished relations with the Sultanate of Oman since the declaration of diplomatic relations between the two countries on July 23, 1992.

These relations were also strengthened through the state visit of the President of the Republic of Belarus to the Sultanate of Oman in 2007.

Perhaps the most prominent relations between Muscat and Minsk are cultural and economic relations. Also, political consultations between the two countries are continuing.

The National Library of the Republic of Belarus, however, is considered one of the largest national libraries in the world. Established in 1922, the Library of the University of Belarus has been provided with a number of Omani publications in several languages, including Arabic, English and Russian, through the Omani Center for Arabic Language and Culture.

As for economic and investment cooperation between the Sultanate of Oman and the Republic of Belarus, there are a number of agreements in the field of investment protection, avoidance of double taxation and mutual abolition of visas.

There are a number of memoranda of understanding between the different sectors in the two countries. In addition, they both have good relations in the fields of national museums, through the exchange of experiences and the establishment of Joint events.

However, there is no doubt that holding a popular referendum in the Republic of Belarus and achieving the high rate of popular participation will contribute to those constitutional reforms. This may also encourage a number of former Soviet republics to hold such a popular referendum to achieve further development and renewal, involve all government sectors and give greater authority to Parliament, which ultimately represents the people.

The writer is a journalist and a political analyst