Putin to Ukraine: ‘Marry Me or I’ll Kill You’ 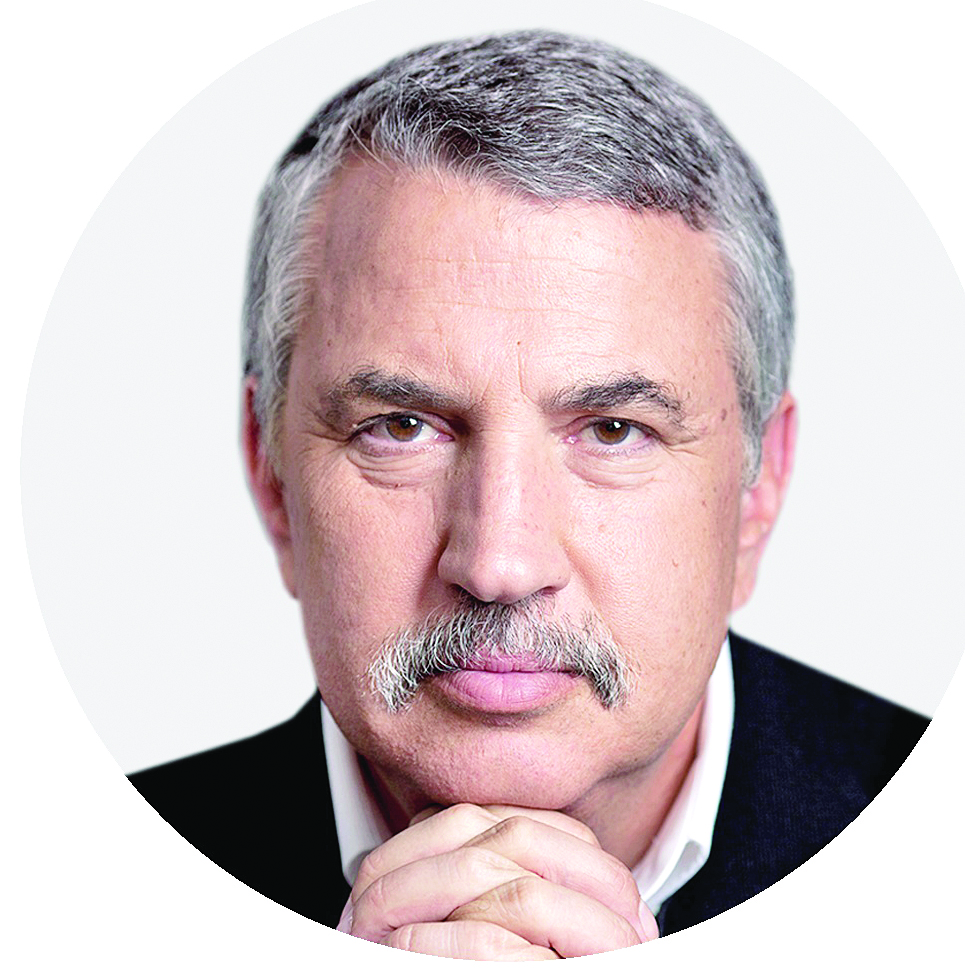 Why is Vladimir Putin threatening to take another bite out of Ukraine, after devouring Crimea in 2014? That is not an easy question to answer because Putin is a one-man psychodrama, with a giant inferiority complex toward America that leaves him always stalking the world with a chip on his shoulder so big it’s amazing he can fit through any door.

Let’s see: Putin is a modern-day Peter the Great out to restore the glory of Mother Russia. He’s a retired KGB agent who simply refuses to come in from the cold and still sees the CIA under every rock and behind every opponent. He’s America’s ex-boyfriend-from-hell, who refuses to let us ignore him and date other countries, like China — because he always measures his status in the world in relation to us. And he’s a politician trying to make sure he wins (or rigs) Russia’s 2024 election — and becomes president for life — because when you’ve siphoned off as many rubles as Putin has, you can never be sure that your successor won’t lock you up and take them all. For him, it’s rule or die.

Somewhere in the balance of all of those identities and neuroses is the answer to what Putin intends to do with Ukraine.

If I were a cynic, I’d just tell him to go ahead and take Kyiv because it would become his Kabul, his Afghanistan — but the human costs would be intolerable. Short of that, I’d be very clear: If he wants to come down from the tree in which he’s lodged himself, he’s going to have to jump or build his own ladder. He has completely contrived this crisis, so there should be no give on our part. China is watching — and Taiwan is sweating — everything we do in reaction to Vlad right now.

Which brings us back to the central question: Vlad, why are you in that tree?

For starters, don’t look for the answer in Ukraine. If Putin decides indeed to take another bite out of Ukraine, it will be first and foremost because Putin thinks it will strengthen his chance of staying in power in Russia, which for him is always paramount.

I learned this from Leon Aron, a Russia expert at the American Enterprise Institute and the author of “Yeltsin: A Revolutionary Life,” who is now writing a book about the future of Putin’s Russia. The way Aron put it, when Putin came to power at the end of 1999, he was able to benefit from the restructuring of the Russian economy by Boris Yeltsin; from significant foreign investment; from rising oil, gas and mineral prices; and from improved political stability.

But beginning in 2011 and stretching all the way to 2019, Russia’s economy stagnated because of lower energy prices and, most of all, institutional impediments to growth: Putin’s preference to tap Russia’s natural resources, not its human resources. No Silicon Valleys for him — except cyberhackers. That would require real rule of law, secure property rights and the unleashing of talented people, who ask too many questions like, “Vlad, where did your money come from?”

“Putin’s response to this economic stagnation and the political peril it represented was to shift the basis of his regime’s legitimacy from economic progress, which made Putin so popular in his first two terms in office, to Putin as the defender of a motherland besieged by the West,” Aron told me. “Putin concluded that if he was going to be a president for life, he had to be a wartime president for life.”

Writing in The Hill, Aron quoted Russian opposition columnist Sergei Medvedev as recently observing: “Putin has forged a nation of war that has battened the hatches and looks at the world through a lookout slit of a tank. ... The degree of military-patriotic hysteria [in] Russia today brings to mind the USSR of the 1930s, the era of athletes’ parades, tank mock-ups and dirigibles.”

This is classic wag-the-dog politics. Putin is a thug, but he’s a thug with an authentic Russian cultural soul that resonates with his people. His obsession with the Soviet Union and his nostalgia for the power, glory and dignity it gave him and his generation of Russians run deep. He was not exaggerating when he declared in 2005 that the breakup of the Soviet Union was “the greatest geopolitical catastrophe” of the 20th century.

And because Ukraine, and its capital, Kyiv, played a central role long ago in Russian history, and because Ukraine was a bulwark and breadbasket of the Soviet Union in its heyday, and because perhaps 8 million ethnic Russians still live in Ukraine (out of 43 million), Putin claims that it is his “duty” to reunite Russia and Ukraine. He blithely ignores the fact that Ukraine has its own language, history and post-Soviet generation that believes its duty is to be independent.

For Putin, losing Ukraine “is like an amputation,” remarked political scientist Ivan Kratsev, chairman of the Center for Liberal Strategies in Sofia, Bulgaria. “Putin looks at Ukraine and Belarus as part of Russia’s civilizational and cultural space. He thinks the Ukrainian state is totally artificial and that Ukrainian nationalism is not authentic.”

The reason Putin has accelerated his Ukraine threat — which I would call “marry me or I will kill you” — is that he knows that under Ukraine’s current president, Volodymyr Zelenskyy, the process of Ukrainization has accelerated and the Russian language is being pushed out of schools and Russian television out of the media space.

Said Kratsev: “Putin knows that in 10 years the young generation in Ukraine will not be speaking Russian at all, and it will have no identification with Russian culture.” Maybe best to act now, thinks Putin, before the Ukrainian army gets bigger, better trained and better armed — and while Europe and America are in disarray over COVID and in no mood for war.

And then there are just the raw geopolitical motives. In creating the crisis around Ukraine, said Kratsev, “Putin is inviting the West to a funeral for the post-Cold War order.”

For Putin, the post-Cold War order was something imposed on Russia and Boris Yeltsin when Russia was weak. It involved not only pushing NATO into Eastern European countries that were once part of the Soviet NATO — the Warsaw Pact — but also pushing NATO and European Union influence into the former Soviet empire itself, in places like Ukraine and Georgia.

Putin’s troop buildup says to the West: Either we negotiate a new post-Cold War order or I will start a post-post-Cold War confrontation.

As longtime readers of this column know, I was a vigorous opponent of NATO expansion after the Cold War. It is one of the stupidest things we ever did — focusing on “NATOising” Poland and Hungary rather than building on an amazing, largely nonviolent, democratic revolution in Russia and locking it into the West. Nurturing that Russian revolution to fruition would not have been simple, but by pressing ahead with NATO expansion we made it easy for an autocratic nationalist like Putin to lock himself in power by telling the Russian people that only he could keep NATO and the West from destroying Russia — militarily, culturally and religiously.

That said, I don’t weep for Putin. He is the human embodiment of one of the oldest Russian fables: A Russian peasant pleads to God for aid after he sees that his better-off neighbor has just obtained a cow. When God asks the peasant how he can help, the peasant says, “Kill my neighbor’s cow.”

The last thing that Putin wants is a thriving Ukraine that joins the European Union and develops its people and economy beyond Putin’s underperforming, autocratic Russia. He wants Ukraine to fail, the EU to fracture and America to have Donald Trump as president for life so we’ll be in permanent chaos.

Putin would rather see our cow die than do what it takes to raise a healthy cow of his own. He’s always looking for dignity in all the wrong places. He’s rather pathetic — but also armed and dangerous.