The battle for the French right 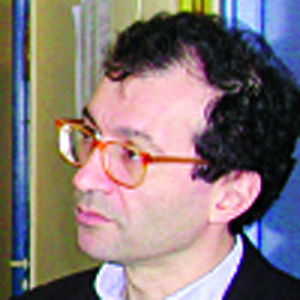 Just a few weeks ago, the 2022 French presidential election seemed liked it was already a done deal: President Emmanuel Macron would again defeat Marine Le Pen of the far-right National Rally party. Although Le Pen received one-third of the vote in 2017 — an achievement that would have been unthinkable ten years earlier — no reasonable person would bet on her prevailing over Macron in 2022.

Yet nothing is ever certain in politics. Owing to new developments, the election — to be decided in two rounds on April 10 and April 24 – will be much more open and competitive than initially expected.

One new factor is the candidacy of Éric Zemmour, a French version of Donald Trump who previously gained attention as a TV commentator on the French version of Fox News (CNews). An anti-immigrant nationalist, Zemmour regularly denounces “political correctness” and insists that one should have the right to say that someone is black, by which he really means that one should have the right to be a racist.

Like Trump, but unlike Le Pen, Zemmour aims to unite working-class voters and the conservative establishment behind the promise of lower taxes and civil-service reform. But while his mission is clear, his execution leaves much to be desired. For example, he immediately lost many women voters with statements such as “women are the goal and the booty of every gifted man who aspires to climb into society.”

Then, Zemmour embarrassed the traditional right by suggesting that the World War II-era French collaborationist leader, Marshal Philippe Pétain, had actually sought to save French Jews by sacrificing foreign ones. Zemmour has also argued that the victims of a terrorist attack at a school in Toulouse were not truly French because they were buried in Israel. In response to the outrage these statements caused, he emphasised his own background as an Algerian Jew whose parents suffered from Pétain’s anti-Jewish law. But the damage was already done. — Project Syndicate Services.

Despite these “mistakes” — or, perhaps, because of them — Zemmour has been polling just below 15 per cent. Although that puts him on par with Le Pen for the first round, it ultimately means that he has lost any chance of being elected. The question, then, is who will win the voters he has managed to attract. Will he cling to his base, or will he direct them to support Le Pen? In the latter scenario, his presidential run could end up fortifying the candidate it has so far damaged the most. But many of his supporters also could find their way to the traditional right, which has been eagerly searching for a figure capable of aligning working-class voters with elite interests.

That points to the second big factor that has complicated the race. Following a well-organised primary, the traditional mainstream conservative party, Les Républicains, recently endorsed the candidacy of Valérie Pécresse, the current president of the Regional Council of Île-de-France and a former minister of education and the budget under President Nicolas Sarkozy.

Pécresse defeated her challenger, Éric Ciotti, by a 20-point margin. Before the primary, Ciotti made clear that he would vote for Zemmour over Macron if that was the choice. But he has since endorsed Pécresse, putting her at the head of a potential alliance between traditional conservatives and the more radical right-wing constituency that Ciotti represents. Polls now show that Pécresse could well be elected if she reaches the second round. Much therefore will depend on whether Zemmour weakens Le Pen enough in the first round to knock her out of the running and send Pécresse through.

The French left, meanwhile, is essentially missing in action. Broken five years ago, when the electorate rallied behind Macron’s centrist programme, the left now seems to represent only around 25 per cent of voters, whose allegiance is divided between three or four candidates who hardly speak to one another. Like the right, the left faces the same challenge of winning back the working and middle classes; but unlike the right, it has not found any credible way to do so.

As in the United States today, identity issues drive political choices in France. As long as this remains the case, the decisive electoral battles will be between the Trumps of this world and whoever proves capable of beating them. Macron’s biggest asset is that he is seen as a shield against the far right – at least until someone else stands up to claim that mantle.