A journey of a wordsmith 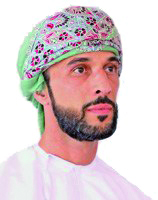 Writing is not like math; in which two plus two always equals four no matter what your mood is like. With writing, the way you feel changes everything you script

Being a wordsmith is very challenging and exhausting mission, mentally and physically indeed. That is why writing, as either a talent or a profession, is not everyone’s cup of tea. No matter how a writer is passionate about it, writing can be a puzzling talent or a difficult profession. A writer might struggle with many different obstacles and experiments that wordsmiths encounter on a daily basis. In some cases, a wordsmith can get encouraged by others who have successfully overcome similar challenges, by either reading their success stories or getting inspired by their writings.

In fact, a good wordsmith possesses not only his own spirit, but also the spirit of others as well. As there is no rule on how one could write his piece, everything in life is writable about if one has the outgoing guts and imagination to do it. As Benjamin Franklin said, "Either write something worth reading or do something worth writing”. Sometimes, writing comes easily and perfectly, while sometimes it is like drilling a rock. It has been said that words can be like X-rays; if they are properly used, they will go through anything.

The role of a writer is, basically, not to say what all can say; rather to say what others are unable to say. Therefore, writing is regarded the best way of talking without being interrupted. Actually, most writers are on a writing diet; they just write every day of their life. They read passionately and many of those who are on this diet have pleasant careers and become successful writers. This is originally attributed to their boundless passion of writing. A writer reflects on his soul’s secrets, experience of life and thoughts of mind.

It is believed that ideas, for passionate and skilled writers, are like rabbits; they get a couple and learn how to handle them, then they get a dozen. Occasionally, ideas just come straightforward, but in other times a writer has to sweat and almost bleed to bring out ideas. Writing is not like math; in which two plus two always equals four no matter what your mood is like. With writing, the way you feel changes everything you script. Writing is actually influenced by the writer’s mood, spirit and feelings alike.

What is more, writing is an art and a craft that needs to be developed through thoughtful practice and study over a period of time. Luckily, some of the world's greatest writers, probably the ones who had mastered the craft and whose names have been passed down to us through year, gifted us not only with their stories. However, many of them took time in-between the development of their novels, short stories and poems to classify their writing philosophies, their writing strategies and their writing habits too.

Being a journalist, as an example of a writer, is a profession full of dreams and desires since the beginning of the journey to become one. During study, a student has to face the contrast between the university and the real life because journalism has an advantage that can be a disadvantage too. In fact, being in front of the reality and in the centre of illusions is the place in which students can see the roads they can follow in the real world. Regardless, a fact that everybody should realise that a journalist works for the community and for the public cause.

If truth to be told, there are no two days for a journalist are ever the same. Finding the best material for a story could mean attending a press conference, holding an interview over the phone, searching through professional contacts, or hammering out paragraphs. The story comes first and journalists do whatever it takes to make every story they write an accurate and thought-provoking piece.