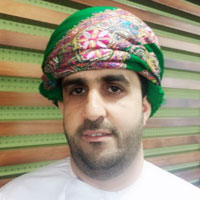 A number of media platforms in existence today are merely tools used by organisations and even countries in waging informational warfare, some in the name of human rights and charitable causes. Through this tool, they falsify facts and influence public opinion, thereby sparking tensions between nations in the virtual world. Such phenomena were unheard of in previous generations.

Some may think that wars mean only military battles, but wars are also fought with the goal of intellectual, political, and economic oppression. The objective is to influence the opinions of people and even brainwash them into believing certain narratives.

But there is a difference between information warfare and social media skirmishing. The former targets cultures and drives people into embracing and accepting certain positions and things, while media skirmishing occurs between nations in the virtual world. Nevertheless, the good thing is that such sparring nations may be dueling today on social media, but coming together in reconciliation tomorrow.

Among the types of informational wars that have spread recently and perhaps without prior planning is what may be referred to as the skepticism war. An example of this is the tendency for people, regardless of their personal opinion, to criticize the decision of an official and question its merits. This tendency to criticize just about any decision can be attributed to skepticism built over the years following officialdom’s failure to deliver on previous promises. Building public trust and transparency in the decision-making process is key to addressing skeptical people.

The netizens of today are quite unless their peers of past years. The mobile phone is like a weapon in their hands with which they fire their opinions and voice their resentments. Armed with this weapon, they take it along with them wherever they go, airing their views through posts and videos.

Take, for example, the information war being waged around the coronavirus pandemic. Many governments had initially faced opposition from some quarters to their public safety and social distancing procedures. This was primarily the result of misinformation disseminated on some social media platforms sowing doubts in public minds about the reality of the epidemic, as well as promoting vaccine skepticism. Recall former US President Donald Trump’s response when asked about the truth surrounding the pandemic. His infamous answer: ‘Ask China!’ Indeed, misinformation has prompted the competent authorities to issue strict laws to compel the general public to comply with decisions issues in the national interest. Right-thinking, forthright and professional members of society will always be guided by the interests of their fellow citizens and the homeland, and will not be swayed by insidious forces using social media to influence opinion.