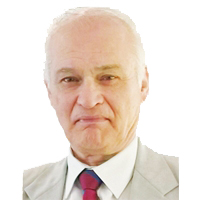 The European Commission is calling on member states to come to an agreement on draft crypto-asset regulation, according to one of its most senior officials.

Commissioner for financial stability, financial services and capital markets union, Mairead McGuinness, said member states are “making progress in their negotiations on the draft regulation.” McGuinness added: “We’re urging them to keep up the tempo so we can get agreement on these new rules.”

Her speech at the European Central Bank’s fourth forum on Banking Supervision comes as regulators around the world mull over how to supervise cryptocurrencies and digital assets at a time when interest in them has boomed.

She said: “Crypto-assets are evolving fast, enabling innovation and home-grown firms to enter the market, but (they are) also attracting retail investors.”

She added: “Our framework for markets and crypto-assets will introduce a bespoke regime for previously unregulated crypto-assets including stablecoins, and I think this will provide clarity, it will help to boost innovation and, at the same time, solid rules for insurers and service providers will prevent abuse, fraud and theft, protecting investors and safe-guarding market stability.”

Stablecoins are used mainly by investors to buy and sell crypto assets on exchanges such as Coinbase, which process trades 24 hours a day. They are also used as collateral for derivatives – contracts to buy or sell an underlying security at a specified price.

McGuinness said: “Innovation and regulation are not enemies. They should actually be friends. So, if we have smart, forward looking regulation, this can create the conditions where innovation flourishes.”

Threats of crackdowns by regulators, including those in the US and China, have seen the price of cryptocurrencies yo-yo over the past few months.

Bitcoin, the largest crypto by market capitalisation, reached record highs of more than $68,000 on 9 November as investors continue to turn to bitcoin as a hedge against rising inflation, low interest rates, and the potential waning of the equity market bull run.

As central banks around the world continue to debate the merits of introducing their own digital currencies, McGuinness also referenced the European Central Bank’s discussions about introducing a digital euro, saying that it was a “big decision and one that we would have to get right if we decided to go ahead.” She added: “There are big questions to address.” “Like what would the impact be for banks? How do we ensure the privacy is protected? How would we keep this digital system secure?”

In the US, the Biden administration has taken the first significant step to impose bank-like oversight on the cryptocurrency companies involved in the issuance of stablecoins, outlining a process that could shape the future of that digital money.

Last month a Treasury-led panel recommended that Congress impose a new regulatory framework around stablecoins – digital currencies pegged to national currencies such as the US dollar – and limit the issuance of such digital assets to banks. The legislative request is a tall order given both chambers of Congress are narrowly divided.

In the absence of congressional action, the panel recommended that a broader group of regulators charged with detecting risks to the financial system — the Financial Stability Oversight Council — consider whether to designate certain stablecoin activities systemically important. Such a process could ultimately lead to the Federal Reserve writing more stringent risk-management standards for stablecoin companies.

“The rapid growth of stablecoins increases the urgency of this work. Failure to act risks growth of payment stablecoins without adequate protection for users, the financial system and the broader economy,” the regulators said in a report issued last month by the President’s Working Group on Financial Markets, which includes the heads of several regulatory agencies.