The end of free money 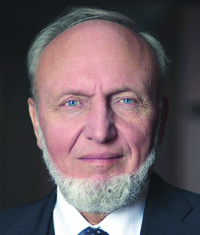 Although the US Federal Reserve is now thinking about tapering its monthly asset purchases in light of increasing inflation figures, European Central Bank President Christine Lagarde continues to insist that no sustained inflation risk exists.

The currently measured inflation, she says, is a temporary problem that will disappear once supply bottlenecks are overcome, so the ECB will not be changing its policies.

It is like a coachman who refuses to tighten the reins when his horses are bolting, because they will eventually tire themselves out.

Never mind that, according to the Treaty of Maastricht, the ECB is obliged to ensure price stability under all circumstances. There is no provision for the possibility of letting prices run hot for a while.

And, unlike the Fed, the ECB cannot legally seek to balance the goal of price stability with other monetary-policy objectives.

The current supply bottlenecks owe much to the quarantine measures in ports — particularly, but not exclusively, in China.

Arriving ships cannot unload their cargo and therefore also cannot be loaded with the intermediate products that Europe’s economy must be able to supply to its customers. Freight rates for international maritime transport have increased eightfold since 2019.

But the bottlenecks also reflect the domestically imposed lockdowns in European economies last winter and spring, which led to shortages even of local timber and other building materials produced in Europe.

Hence, in a fall 2021 Ifo Institute survey, 70 per cent of German manufacturers reported difficulties sourcing upstream products. For comparison, the highest that figure ever reached in 30 previous years of surveys was 20 per cent.

Ifo reckons that supply bottlenecks will cost Germany around €40 billion ($45 billion) of value added — equivalent to 1.15 per cent of its GDP — in 2021. The supply bottlenecks have obviously been unamenable to the huge stimulus and rescue packages that the European governments implemented during the Covid-19 crisis.

These programmes were largely financed by new government debt, which in turn was immediately monetised by the ECB and thus was issued at ultra-low interest rates. Never before has Europe experienced stimulus programmes on such a massive scale.

But given the supply bottlenecks, policymakers were effectively slamming on the gas with the hand brake still on. The result was a particular form of economic overheating that economists call stagflation. Inflation rates today are very high not only in the US, where they stand at 6.2 per cent, but also in Europe. As of October 2021, prices in the euro zone overall had increased 4.1 per cent year on year; in Germany, the continent’s largest economy, prices were up 4.5 per cent.

And as if this wasn’t bad enough, the German Federal Statistical Office has just announced that annual industrial producer prices were up 18.4 per cent in October. That is the highest increase since 1951, shortly after the Federal Republic of Germany was founded, exceeding even the peak monthly price increase during the 1970s oil crises (14.6 per cent in June 1974).