The case against green central banking 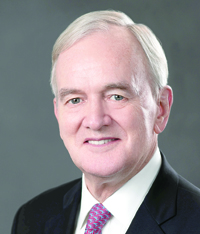 One way or another, central banks’ behaviour will have to change with the climate. But it should evolve only because climate change will create new constraints and drive new forms of public and private economic activity.

Central banks’ primary function should not change, nor should they adopt “green” targets that could undermine the pursuit of their traditional objectives: financial stability and price stability (which in the United States is a dual mandate of price stability and maximum employment). Climate change will be a defining global issue for decades to come, because we are still a very long way from ushering in a low-carbon, climate-resilient world. Three features of our greenhouse-gas (GHG) emissions will impede the appropriate response.

First, the benefits (cheap energy) are enjoyed in the present while the costs (global warming) are incurred in the future.

Second, the benefits are “local” (they accrue to the GHG emitter) while the costs are global — a classic externality.

The most efficient way to address climate-change externalities is through targeted fiscal and regulatory measures.

Pigouvian taxes or tradable quotas would create the right incentives for reducing GHG emissions. Carbon taxes, as advocated by William D Nordhaus of Yale University, must become the global norm (though it is difficult to envisage a global carbon tax working without a significant transfer of wealth from developed to developing countries).

Rules and regulations targeting energy use and emissions can complement green taxes and quotas, and public spending can support research and development in the green technologies that we will need.

What does not belong in the mix is a green mandate for central banks. To be sure, legal mandates can change, and central banks have a well-established tradition of exceeding them.

The European Central Bank’s financial-stability mandate is secondary to — “without prejudice to” — its price-stability mandate. This did not prevent it from acting decisively and quite effectively during the global financial crisis, the eurozone sovereign debt crisis, and the Covid-19 crisis, even when this meant overriding the price-stability target in 2021 and likely also in 2022.

Moreover, Article Three of the Treaty on European Union explicitly provides for “a high level of protection and improvement of the quality of the environment,” so it is easy to see how the ECB’s financial-stability and monetary instruments could be used to target climate change.

But that does not mean they should be used in this fashion. The standard monetary-policy instruments (one or more policy interest rates, the size and composition of the central bank’s balance sheet, forward guidance, and yield curve control) are typically used to target price stability or the dual mandate. Judging by the results, there is no spare capacity in the monetary-policy arsenal.

These monetary-policy instruments impact financial stability as well, and not always in desirable ways.