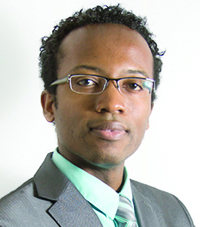 Mineral resources are a critical source of revenue for Africa. In 2019, minerals and fossil fuels accounted for more than a third of exports from at least 60 per cent of African countries. The continent produces around 80 per cent of the world’s platinum, two-thirds of its cobalt, half of its manganese, and a substantial amount of chromium, leaving it in a strong position to benefit from growing demand for these minerals. Moreover, Africa is believed to have some of the world’s largest untapped mineral reserves.

The adoption of efficient renewable-energy systems already is helping the mining sector reduce its environmental impact. Autonomous 4IR technologies complement the clean-energy transition by cutting fuel consumption in processes such as loading, hauling, crushing and drilling. According to one estimate, driverless technology could lead to a 10-15 per cent decrease in fuel use on mine sites.

Better use of data and analytics can improve mine performance as well. Mining companies generate enormous amounts of data throughout their operations, but only a few use it in a way that provides real value. This represents a major missed opportunity, because advanced analytics can optimise mine planning, increase yields and reduce equipment downtime. In South Africa, a 30-year-old mine boosted its mineral recovery by 2 per cent by applying advanced analytics to its main processing steps.

The Syama mine in Mali is another example of a site that has benefited from digitalisation. In 2015, Resolute Mining took over operations at Syama and transformed it into the world’s first purpose-built automated mine. Employees use a fiber-optic network connected to above-ground control centres to manage and monitor all activities, from the clearing of the drill point to extraction, loading, and hauling. Although the initial investment was steep, the changes are expected to cut mining costs by 30 per cent and improve overall efficiency. The machines can operate 22 hours a day, and there is no time lost due to shift changes.

4IR technologies will define the future of mining. But while they represent tremendous opportunities for boosting productivity, improving safety, and mitigating the environmental impact of mining, they also raise legitimate concerns. Many of the new technology-enabled jobs require skilled workers that the labour market cannot supply, implying limited employment opportunities in the absence of educational and training programmes to reskill workers.

One proposed solution is for mining companies to use the profits gained from the higher margins made possible by the introduction of new technologies to train relevant workers in AI and machine learning. And new curricula in schools can teach the tech skills the next generation will need for 4IR-enabled jobs — including with the mining companies.

Another possibility is for mining companies to encourage the development of other local industries to reduce communities’ dependence on the mine for employment.

In Mauritania, mining companies finance a number of ventures that encourage local economic development, including a jewellery production facility, a brick-making plant and an agricultural cooperative. @Project Syndicate