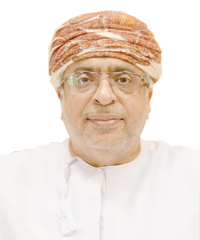 The world wastes million tons of food annually at a time when food prices are rising globally. Losses resulting from wasted food total around $1.1 trillion, according to the United Nations Food and Agriculture Organisation (FAO).

Around 14 per cent of these losses, amounting to around $400 billion, occur between farms and the wholesale market, while about 17 per cent, worth $700 billion, is wasted between the retailer and the consumer.

This daily waste ultimately affects the prices of foodstuffs, which have recently witnessed an increase in their value, especially after the pandemic, thereby adding to inflationary trends in many countries of the world.

The Oxford Business Group, citing UN data, says that global food prices have risen to their highest levels in the past ten years, at a time when grain stocks are declining to the detriment of emerging markets.

Since the beginning of 2020, with the outbreak of the pandemic, crop production increased in trend with growth in international trade. But the pandemic in decline and businesses restarting, food prices are increasing to their highest levels.

The UN World Food Price Index averaged 130 points last September, which is an increase of 1.2 per cent per month and 32.8 per cent year-on-year. The rise is evident in wheat prices, which recorded an increase of 40 per cent on an annual basis, as humans and animals depend on it for their food.

Maize prices have also increased by 38 per cent due to the current decline in production in Latin America.

Numerous products are made from grains such as wheat, corn, barley, rice and others because they contain a lot of calories and proteins. Therefore, an increase in their prices will exacerbate problems and weaken food security policies.

The United Nations reports show that 272 million people suffer from acute food insecurity in 79 countries in 2020, compared to 149 million people in 2019.

With the growth of global trade after the pandemic, the International Trade Organisation expects that 2021 will record a growth of 10.8 per cent in the volume of merchandise trade due to the world’s transition from a state of emergency to gradual recovery to address the legacy of the epidemic in many areas of normal life.

Global demand for imported foods will remain strong in many countries, which will need to mitigate pandemic impacts on their production with supplies from abroad.

Our Gulf, Arab and African regions are among the largest food importers in the world. Exposed to periodic droughts, their local production capacities and agricultural projects are often impacted.

Food security policies are often disrupted as a result. Our economies depend on oil revenues, the prices of which fluctuate from time to time.

By moving towards food production and processing, countries in these regions can aim to produce various types of food they need in the quantities that are required to achieve food security.

This will be possible only through modernisation and the use of technologies in agriculture, processing and manufacturing.