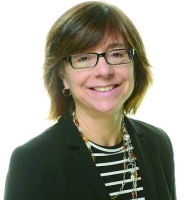 This week, G20 leaders gather in Rome for their annual summit. But will they use their stay in la grande bellezza to reconcile their differences and lay the groundwork for improved policy cooperation? Will their private dinner reinforce progress, by enabling those who are new to the process – some participants will be meeting US President Joe Biden for the first time – to build relationships with G20 veterans?

Since the G20 became a leaders’ summit in 2008, the private dinner has become an invaluable platform for some of the world’s most powerful people to discuss, face to face, the most important issues that they and their countries are facing. A decade ago, in Cannes, the eurozone debt crisis dominated the dinner discussion. A few guests allegedly cornered Italian Prime Minister Silvio Berlusconi to persuade him to resign.

This year, there is no shortage of topics that will get the diners talking. The event’s host, Italian Prime Minister Mario Draghi, is keen to discuss the humanitarian and geopolitical situation in Afghanistan; in fact, he recently chaired an extraordinary meeting of G20 leaders on the topic.

The imperative of delivering vaccine doses to low-income countries is also likely to come up – about 23 billion doses are needed, and this requires coordinated effort and open trade for vaccine supply chains. And perhaps guests will consider some form of energy coordination, aimed at easing supply bottlenecks and reducing price pressures.

Of course, anyone who has ever hosted a big holiday party or family reunion knows that some topics are best avoided at the dinner table, lest the affair lose its civility.

The coming G20 dinner will be no different, though the stakes are much higher.

Relationships among leaders have historically been what drives progress at the G20, despite struggles to agree on specific commitments or language. The pandemic has been damaging in this respect as well, because the shift to virtual meetings prevented leaders from having the kinds of casual, personal interactions that cement such relationships. Political capital is now thin.

Moreover, in recent years, leaders have become increasingly polarised in their positions. So, even as the multilateral process itself has gotten smoother, progress has become more difficult.

Finding common ground, and making the event more pleasant than not for its participants, is essential if the G20 is to remain an effective multilateral forum.

Fortunately, Draghi is well practiced at navigating competing demands and interests – a proficiency he honed during his tenure as European Central Bank President and is demonstrating now at the helm of Italy’s coalition government. To keep disagreements from getting out of hand at the G20 dinner, Draghi will most likely attempt to identify low-hanging fruit – areas of common interest, where coordinated action is most likely.

Chinese President Xi Jinping’s decision not to attend the summit could help in this regard. There is precedent for this: in 2009, Xi’s predecessor turned down an invitation to attend another Italian-hosted summit, the G8 in L’Aquila, where China would have been a “guest” rather than an equal. (Russian President Vladimir Putin will not attend the proceedings in Rome, either.)

But, while China’s decision not to attend the G20 summit could facilitate agreement, it is deeply worrying. Clearly, Xi no longer feels comfortable participating in a relatively small and unstructured multilateral gathering, such as the G20. He would rather miss a valuable opportunity to meet with other world leaders, especially Biden, than risk being ambushed and disrespected.

In fact, nowadays China seems less interested in multilateral engagement more broadly. It used to participate actively in multilateral initiatives, especially on finance and fiscal policy. But cooperation is now particularly difficult in these areas, and throughout Italy’s G20 presidency, has seemed to lack much motivation to try.

This is a serious problem. We cannot end the Covid-19 pandemic, address the escalating climate crisis, or ease the energy-supply emergency that is threatening to derail the global economic recovery without China – specifically, without a China that contributes actively and positively to the G20.

Other G20 powers must coax China back, with the US, in particular, adopting a more conciliatory stance. That doesn’t mean acquiescing to China’s every interest or preference. Rather, it means accommodating China’s changing needs, where possible, as it undergoes a complex and gradual economic and social transition. It also means giving China credit when and where credit is due.