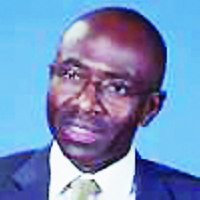 Economic policy debates about Africa are too often clouded by calls for population control and lower fertility rates. And the United Nations is fueling the problem by projecting that Africa’s population will double by 2050. In fact, Africa’s overall fertility rate has fallen by more than 36 per cent since 1970 to 4.2 births per woman, and is projected to decline to 2.1 births per woman later this century.

A far more salient statistic is that Africa is the world’s youngest continent, with more than 70 per cent of its population aged under 30. Harnessing the potential of this youth cohort is both a key challenge and an enormous opportunity.

To that end, the Africa Progress Group, chaired by former Nigerian President Olusegun Obasanjo, released a report earlier this year entitled Making Africa’s Population an Asset. The study is a welcome contribution to discussions about the relationship between the continent’s demography and its development.

Africa’s past inability to invest sustainably in its young people and deploy them effectively to meet key development challenges has been very costly. For example, despite the fact that unemployment rates have been at Great-Depression levels for decades, governments habitually rely on international partners to build infrastructure, instead of using public-works programs to expand job opportunities for young people. This has impeded learning by doing, marginalised young Africans, and exacerbated the debt-trap risks associated with the highly externally dependent growth model.

Human capital constraints can also have implications for Africans’ health, as the Covid-19 pandemic has demonstrated. Countries that invested in their people and developed homegrown research and economic infrastructure were able to produce safe, effective vaccines in record time. African countries, which did not even enter the global race to develop Covid-19 vaccines, have thus remained on the sidelines in the worldwide scramble for doses. Africa has the slowest vaccination rate of any continent, with just 7.2 per cent of its population having received at least one vaccine dose, far below the world average of 48.8 per cent.

The consequences of failing to capitalise on Africa’s population are just as glaring in the security domain. A continent of nearly 1.4 billion people that is confronted with transnational terrorist networks has opted to outsource its security imperatives, mostly to former colonial powers. Rather than fostering peace and security, this approach has contributed to the entrenchment of terrorist groups across Africa and rising casualties over the last decade.

But Africa’s emerging youth bulge presents more opportunities than risks. True, if today’s large cohort of young Africans cannot find gainful employment and earn satisfactory incomes, a demographic time bomb may materialise. Disenfranchised workers will become economic migrants, leading to a long-term brain drain, and targets for recruitment by transnational terrorist networks. But if Africa trains its young people well and creates sufficient opportunities for them to drive endogenous growth, then the region will reap a huge demographic dividend.

History shows that investing in populations is the most effective route to successful demographic transitions, yielding high returns and setting countries on a strong long-term growth trajectory. For example, demographic dividends accounted for around one-third, or up to 40 per cent, of East Asian countries’ remarkable economic growth between 1960 and 1990. Crucially, successive governments in the region created a favorable business and regulatory environment in order to take advantage of their countries’ human capital. In doing so, they expanded employment opportunities, accelerated income convergence with developed countries, and strengthened ownership of national development processes.

Over time, declining poverty and increasing life expectancy accelerated the shift from quantity to quality in procreative decisions, leading to a steady fall in birth rates across East Asia. As countries become more affluent, their birth rates almost always decline. In Africa today, urban-rural differences in fertility rates (with rates being significantly lower in built-up areas) are highly correlated with income and welfare disparities.

But gloomy demographic forecasts have been proven wrong before. In his 1968 book Asian Drama: An Inquiry into the Poverty of Nations, the Nobel laureate economist Gunnar Myrdal predicted that Africa would enjoy better growth prospects than an overpopulated Asia. Like many back then, Myrdal regarded the Asian youth bulge as a demographic time bomb. But by relying on sustained investment in human capital to raise productivity, and positioning itself as a magnet for foreign direct investment, Asia became the “factory of the world” and converged rapidly toward developed economies’ income levels.